Review ~ Their Second Chance by April Angel and a giveaway 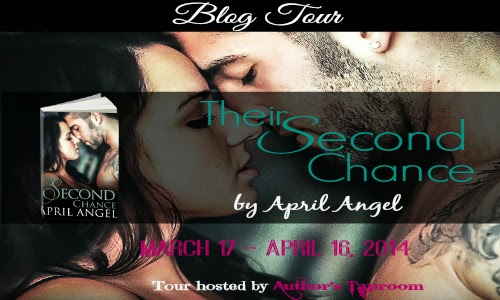 After five years with a man she loved, Ariana Parker held the divorce papers in hand. From the moment she met him, Nick was the only man to make her body burn and fill her heart with joy, but somewhere along the way, they lost their ability to communicate--in any language.

Nick Parker lost the woman he loved to the trials of conception. Their inability to cope with their failure broke down their relationship and their friendship. And now, he's left with a woman he lusts after, longs for, and doesn't know how to reach.

One locked door and plenty of time to hash out their problems will either leave them broken forever or might just be the glue that holds them together. 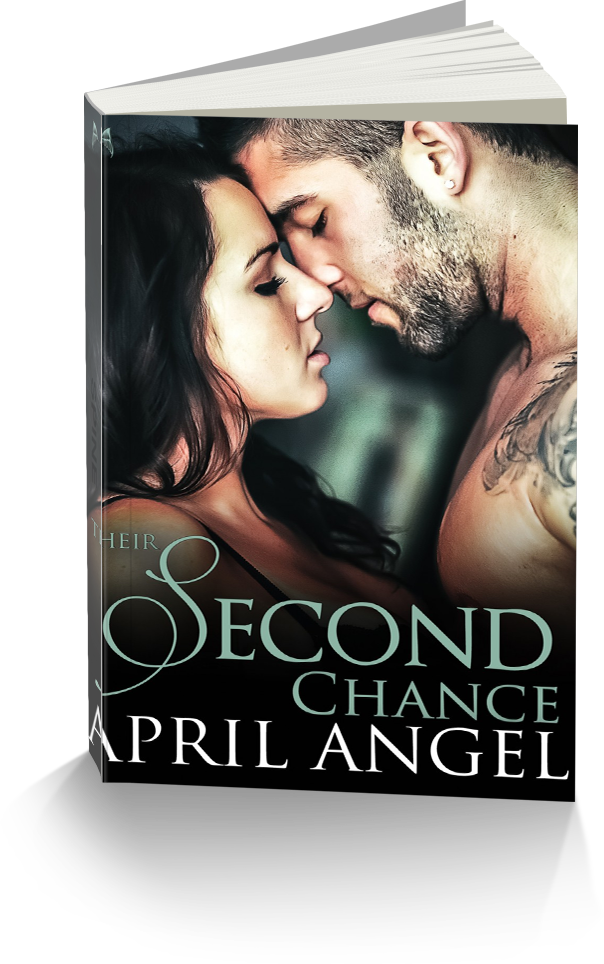 Excerpt:
Ariana Parker lifted her gaze from the steering wheel. She stared at the clean, dark-gray lines of the ultra-modern office building in front of her. She swallowed down the acid burning the back of her throat and hoped she wouldn’t get sick.
A wild churning, which started the moment she opened her eyes that morning, grew in intensity when she thought of what she was there for: to sign the divorce papers. She gathered every scrap of courage she could muster, which wasn’t much at this point, and tried to calm her nerves.
Another wave of anxiety rushed through her. It would take so little for her to crumble. The knot in her throat grew bigger. She wanted to scream and cry and curse the world for her misery. When her lawyer’s assistant called her, she’d had the crazy hope that Nick might have changed his mind. That wasn’t the case. Instead, she had calmly informed Ari that everything was ready for their signatures.
After shutting off the engine, she had to mentally prepare herself to see the only man she’d ever loved. And the only man it hurt to have lost. So many years together. All gone. Her heart squeezed hard in her chest. Pain was a constant for her now. So much a part of her life since they’d separated that she had almost forgotten what it was like to be happy.
Cool evening air caressed her bare arms when she slid out of her navy Chevy. The car was Nick’s gift to her on their last anniversary, and the only thing she had left of their life together. Piercing anger stabbed at her chest, making her wince. They’d lasted seven years together. Five of those years married. Five amazing years.
Until it all went to hell.
She’d never understand how they went from best friends to strangers in the course of a year. Her mind fought against the idea that they’d been ill-suited to begin with. That he wasn’t the right man for her. Or that she wasn’t the right woman for him.
Nick’s pick-up was already parked in front of the entrance. She gulped at the dryness in her throat, rubbed her palms on the sides of her sundress, and hoped she didn’t make a spectacle of herself.
The closer she moved to the building, the harder it became to breathe. Sorrow, rage, and a mixture of desolation mingled to create a large void inside her. This was the last straw. She’d not only lost her husband, but she’d lost her best friend. She thought of what lay ahead and chastised herself for losing her cool. Damn it all to hell! It was hard to concede defeat when Nick had been her first and only love. As much as it hurt to admit it, she’d been the one to ask for the divorce, and he hadn’t fought it. He hadn’t argued or complained. All he’d done was say if that was what she wanted he was fine with it.
White-hot anger rose within her. Like giant cresting waves of heat, she felt it spread inside. She let it expand until she was fuming from his lack of concern for her. Clearly, divorce was the best option for them. It was overdue. Putting off the inevitable would only add more years of torture for them both. And though they had been estranged for almost two years, she didn’t wish Nick any harm. Time to finish this.
She yanked the lobby door open and freezing air slid over her, cooling some of the sizzle on her skin. She glanced around. Small, black sofas sat to one side while a large, glass receptionist desk was placed by the hallway that led to the partner offices and conference rooms. Her gaze clashed with Nick’s. For a second, her heart tripped. The emotions hidden deep in her heart—the ones she’d been fighting to ignore all day—rose to the surface. Love. Desire. Need. And pain.
She watched him stand as soon as he saw her. Her gaze roamed his body, remembering the feel of each line under her fingers. A blue T-shirt hugged his muscular torso, muscles he’d gained from working long hours at his construction company. She gulped, tamping down the instant flare of arousal. Figured her body would betray her. Disgust at herself flourished just as quickly as her pulse quickened. How could their bodies be so attuned but their minds be in such disarray? Faded denim encased his legs, and the black work-boots she was all too familiar with covered his feet.
A bright blaze ignited from the quick glance at the man she’d once known so well. Chemistry had never been a problem for them. She licked her lips. Her gaze slowly worked its way back up his body, this time taking in the sleeve tattoos covering his arms in intricate and beautiful designs. She continued up until her gaze met his blue eyes. 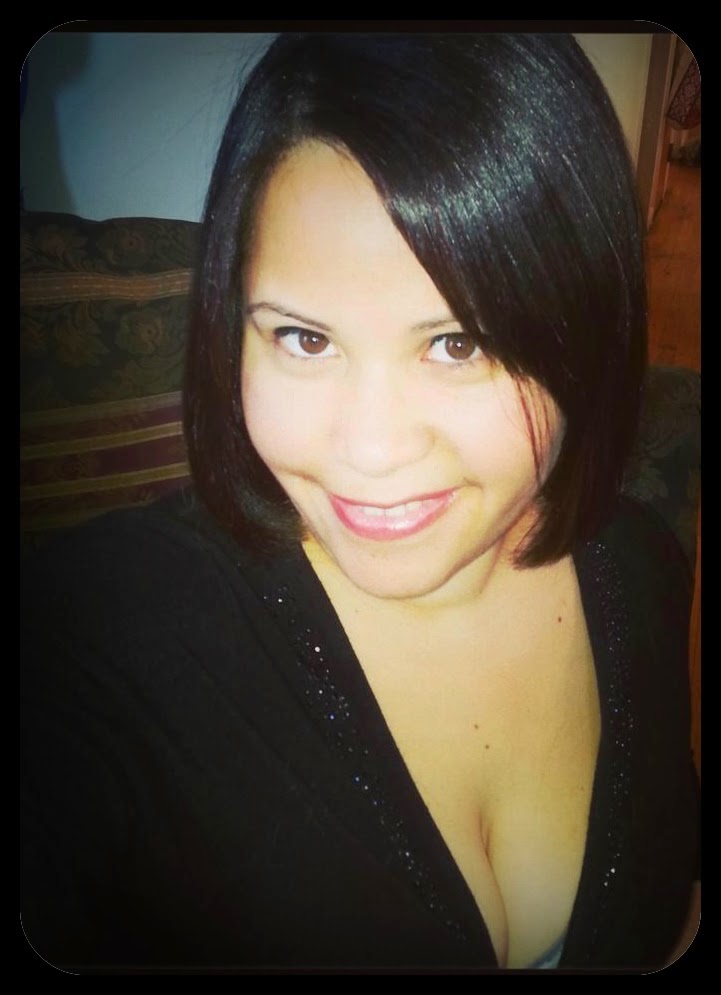 Hi! I'm Milly (AKA April Angel) I love sexy stories. They're usually either paranormal or contemporary with a large dose of heat. My paranormal stories can be anything from wolf-shifters (my favorites) to witches, demons, and anything in between. My contemporaries are usually anything from soldiers to corporate romances.

I was born in the prettiest part of the Caribbean known as the Dominican Republic. Currently, I live in New York City with my hubby, the bossy kiddo and our little dog "Needy Speedy". Don't ask.

When I'm not working some really long hours at the day job, or hanging out in the awful life-sucking invention known as Facebook, messaging my bestie in the UK, or shopping with my sis Julie, then I can be found watching scary movies. Buuut when I'm not doing that, I'm usually writing because the voices won't shut up.

I am addicted to shoe shopping, chocolate (but who isn't, right?) and Dunkin' Donuts coffee.

Come on over and visit me! I love to meet new readers!
Like my books? Want to stay on top of all things Milly? Sign up for my newsletter HERE: http://mad.ly/signups/87477/join


There's a monthly $50 GC Giveaway to all the emails signed up to get the latest news on my releases.


Sometimes when reading a story it reaches a part of you, deep inside that you can’t help but connect with it on a deeper level and you associate it with the things around you. In my case that at times comes across as a playlist of songs that I come to associate with the feel of the story or the characters themselves. The songs sometimes speak of the emotional rollercoaster the characters are going through, sometimes parts of the story itself that remind me of aspects of my own life. Their Second Chance is not a story of love lost, but of two people who truly love each other and have lost their way. In doing so they lost the ability to communicate with the one person that means the most to them.

That being said, this is my own personal Their Second Chance playlist.

All of Me – John Legend

Just Give Me A Reason – Pink ft. Nate Ruess

It’s Not Over – Daughtry

Wait For You – Elliot Yamin

What was on yours?

As with all of the books that I have read from this author, it was both fairly quick and hot! ;-)

In Their second Chance, Ariana and Nick are about ready to end their relationship when a disaster strikes. They are both in the same situation, neither really wants to end it but they haven't been honest and open with each other. After having a deep and meaningful discussion and some hot and heavy action, they contemplate
whether they want to end it or not.

Many of the insecurities, doubts, and underlying problems take time to be worked through. Add in a monster in law who wants them to seperate and two successful careers, and you can see just how much work they'd have to put into it.

This book is a second chance romance with lots of steam, some drama and angst.

I would recommend this and all of April Angel / Milly Taiden's books to those who like their books hot. ;-)

I received an ecopy of this book in exchange for my honest opinion. I thought it was a great blend of emotional and sexy. ;-)