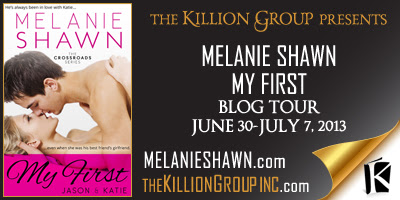 Sisters Are Doin' It For Themselves

I know. The idea of a “writing team” doesn't seem to make much sense at first blush. After all, everyone always talks about what a solitary pursuit writing is. In fact, after the old, “If you want to be a writer, then write,” trope, the solitary existence of a writer is probably the most oft-referenced part of the writing life.

So what made us decide to tackle this traditionally solitary pursuit in tandem?

Well, much like Aretha and Annie in that catchy 80s anthem from the title, it sprang from a decision to take our future into our own hands. We wanted to define what our lives would look like moving forward, and we knew that – no matter what – we wanted to approach it together. When we took a look at our strength and talents, we realized that we'd actually been “writing together” as part of the business we own for quite some time – articles, proposals, emails...and blog posts, much like this one!

Once we realized that we already had a natural writing rhythm together, it was a short leap to deciding that we wanted to tackle fiction writing together, as well.

We have always passionately loved stories. We saw Good Will Hunting together 14 times, for Heaven's sake...and that was just in the theater! We love to examine the motivations behind various characters' words and actions. We can discuss one scene in a book or movie for hours on end.

It wasn't a difficult transition, then, for us to move on to creating our OWN worlds, along with the people who live in them.

Many people wonder what the process of “writing together” looks like. Do we actually open up a blank document together and craft every sentence collaboratively, while sitting there side by side?

Good GOD, No! Not only would that be far too slow, it would probably be pretty frustrating, as well.

Rather, we do the work in “passes” - Shawna takes a pass, Melanie takes a pass, Shawna takes another pass, and so on. With each subsequent pass at the manuscript, the plot becomes tightened and the language more refined. By the final pass, we both love it!

Writing collaboratively is great for us because we both bring strengths to the table. For instance, Shawna is the “romantic gesture” nut and thinks of all the beautiful and highly romantic scenarios in the books. Pretty much anything in any of the stories that has made you go, “Awwww....I love it!” came straight from Shawna's brain!

Melanie, on the other hand, is the “word nerd” and comes up with the lion's share of the descriptions, metaphors, similes...all of the linguistic ornamentation that makes the book sparkle. Also, she's the sarcastic and sassy one, so the majority of the quips and jokes come from her snarky sensibilities.

By working together, we wind up with an end product that is far better than anything either of us could have produced on her own – and we have a HELL of a lot of fun getting there!

Writing as part of a team may not be for everybody. But it is definitely for us!

Melanie Shawn is the writing team of sister duo Melanie and Shawna. Originally from Northern California, they both migrated south and now call So Cal their home.

Shawna always loved romance in any form - movie, song or literary. If it was a love story with a happy ending, Shawna was all about it! She proudly acknowledges that she is a romanceaholic. Her days are jam-packed with writing, being a wife, mom aka referee of two teens, and indulging in her second passion (dance!) as a Zumba instructor. In the little free time she has, she joins Melanie in marathon-watching DVDs of their favorite TV programs.

They have joined forces to create a world where True Love and Happily Ever After always has a Sexy Twist!


Jason Sloan is known as Harper’s Crossing’s resident Romeo, and he’s never had to work too hard to live up to that nickname. With his easygoing charm, whiskey-colored brown eyes, and sinfully sexy half smile, women just seem to fall all over themselves when he’s around.

Well...most women, anyway. Katie Lawson’s the one woman who isn't putty in his hands, and she's the only one he’s ever wanted in his arms.

Katie Lawson left Harper's Crossing in the middle of the night ten years ago, immediately after her high school boyfriend Nick's funeral. She left behind all memories of Nick, and she left behind her life-long best friend, Jason Sloan.

Now she's on the fast track to junior partner at one of San Francisco's top law firms. She's made a life for herself that's all about maintaining order and sticking to the rules. Rule #1 is keeping herself WAY too busy to think about all that she ran away from. If she can do that, after all, she can keep everything under control.

But that rule is about to be broken. She’s headed back home to be the maid of honor in Nick’s little sister’s wedding. It's time to face the truth she's been avoiding all these years, the same one that sent her running ten years ago - that maybe she didn't lose her first love the summer after high school. Maybe her first love has been waiting for her all this time, at home in Harper's Crossing. 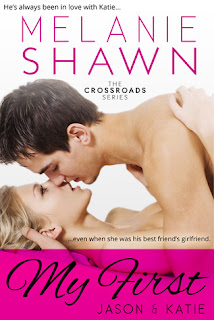 Katie opened her mouth to speak, but nothing came out. She snapped it shut. She tried again. Same result. She imagined she looked like a trout on the banks of a river, flapping her mouth open and shut for no apparent reason.

The realization of how silly she must look gave her just the extra edge of courage she needed to jump off the cliff.

“Jason, I...I wanted to...I wanted to tell you that...” she steeled herself for what she knew her physical reaction would be as she forced herself to look up into those gorgeous brown eyes, which resembled nothing so much as pools of warm and melty milk chocolate...

The expression on Jason's face when she raised her eyes brought her up short. She narrowed her eyes.

“Why do you look so smug?” she asked suspiciously.

Rather than answering, he smirked and bent down, putting his mouth right next to her ear. His hot breath assailed her neck and she began to feel light-headed again.

Jason's breath on her neck, however, was anything but shallow. It was deep. And heavy. And warm. And full of desire. And...oh, man, that lightheadedness was just getting worse and worse.

Jason had her pinned up against the trunk of her car. Her mind was screaming at her to push him away and RUN as fast and as far as she could. Hey, it had worked in the past. Her body, however, was sending her some very different signals.

“I'm not smug, Kit Kat,” Jason informed her, his deep voice rumbling in his chest.

Jason laughed lightly, “I was just saying that I'm not smug. Just happy to know that I still get under your skin.”

Katie didn't respond. She didn't even really hear what he said, she'd stopped trying to pay attention to the words. Stupid words. They just got in the way of listening to his voice...that silky, deep voice.

Jason traced his thumb down the back of Katie's neck slowly, sensuously, and then continued across her shoulder and down her arm. When he reached her waist, he slipped his hand around her easily, spreading his fingers slowly and firmly, grasping her back with a familiarity that felt as dangerous as it did comforting.

His thumb began to gently massage the small of her back, sending sharp zings of electricity ping-ponging off of her nerve endings. She wanted to stop those little zings of pleasure in their tracks. She wanted to ignore, suppress, deny...anything!

She needed to push him away and get some distance is what she needed to do. Her knees began to buckle. Any time now, a little voice in the back of her head whispered. Any time you want to get a jump on creating that distance would be perfect.

That was, however, not what Katie did. No matter how hard her lizard brain screamed at her to push him away...step away...jump away...DANCE away, even...all Katie found herself doing was looking up into his chocolate brown eyes as she melted into his embrace.

Katie heard a low moan escape from Jason's throat and was suddenly hyper-aware of how close their lips were to each other. A shiver ran through her as she contemplated the nearness of those delicious, sexy lips.

Katie's breathing became more labored, but not in an out-of-control, panic-attacky kind of way. No, it was more of a body-coming-alive-for-the-first-time-in-years kind of way.

She vaguely wondered what was going to happen next, but couldn't make herself focus too much on the future. Not when the present was this flipping interesting!

Her brain might be telling her to get out of this situation, to think about the consequences – but her body was perfectly content to ride this little scene out and see where it went thankyouverymuch.

Why did it seem that she was utterly incapable of listening to her brain in any situation where Jason Sloan was involved?