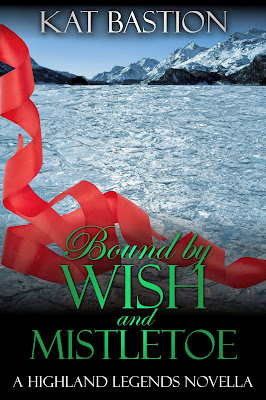 Desperate to honor a life-long promise, Susanna MacEalan escapes her abusive clan with the fierce determination of never falling under the power of a man. Ever.

When magick transforms Brodie Castle into a Christmas wonderland, the two despondent souls find solace in a most unexpected place . . . each other’s arms.

Amid a whirlwind of escalating events, Susanna’s traumatic past threatens Robert’s ability to protect the one woman meant for him. In a harrowing moment, as her fears and demons coalesce, will hope, faith, and love be enough to save them?


Whatever power Robert possessed, it had more effect on Susanna than any amount of ale or spiced cider, casting her harrowing fears into faded memories. She had fallen under his spell and somehow couldn’t imagine being anywhere else. His incredible heat and power surrounded her, and all she wanted, what her body and heart, her very soul craved, was to be desired by him, to be protected by him . . . to be his.

“Doona move,” he warned, his voice rasping out, vibrating the skin of her throat.

A soft laugh escaped her lips. “I canna move.”

As he held her head back with her hair fisted in his hand, his devastating lips dragged down the side of her neck and across her shoulder, burning her skin with slow kisses along the way. An unquenchable fire built within her again, the ravenous need of her body overcoming lucid thought.

She swallowed hard. He seemed perfectly content to spend an eternity with his mouth on her shoulder blade. Unable to stand the increasing need within her, she squirmed beneath his hips, trying to ease the tension. For a moment, pleasure coursed through her, the friction against the rug creating a new, exciting sensation.

“Robert, I canna help it. I need to move,” she replied.

“Aye, love,” he crooned, his heated breath trekking over the shell of her ear, “I know you do. Be patient. The reward is greater, the longer we wait.”

A heavy sigh whooshed out of her lungs, her feisty nature holding true no matter his wishes. His low chuckle followed.

Silken strands of his hair brushed across her shoulders as he placed his teeth on the skin between her shoulder and neck. He bit down into the muscle; but instead of hurting, an aching pulse shot straight between her thighs. She gasped in shock. He released the primal hold, licking the skin and blowing on it. Goose bumps raced down her body.

Did she? No one had held her trust other than Mama. She never thought another soul could hold it. Not in her wildest imaginings would she have thought a man could . . . or would. 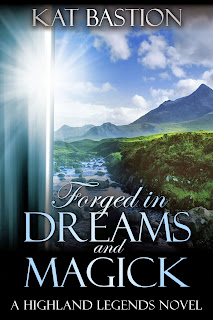 Isobel MacInnes wakes up in present-day California, lunches in medieval Scotland, and by ten days’ end, falls in love with a man and his country, only to lose them in a heart-wrenching twist of fate . . .

Found in the arms of her second soul mate . . .

Forced to balance the delicate strands of time between two millennia . . .

Shocked by revelations rewriting the very foundations of history . . . of everything.

Isobel, a rising-star archaeology student, is dropped into two ancient worlds without warning . . . or her permission. Her fiery spirit resists the dependency thrust upon her. Amid frustration at her lack of control, she helplessly falls in love. Twice.

She struggles to adjust to the unimaginable demands of two leaders of men—a laird in the thirteenth-century Highlands and a Pict chieftain in a more ancient Scotland. Isobel transforms from an academic, hell-bent on obtaining archaeological recognition, to a woman striving to care for those she loves, and ultimately . . . into a fearless warrior risking everything to protect them.

Kat Bastion is an award-winning paranormal romance writer, poetic warrior, and eternal optimist who loves getting lost in the beauty of nature.

On a never-ending, wondrous path of self-discovery, Kat throws her characters into incredible situations with the hope that readers join her in learning more about the meaning of life and love.

Her first published work, Utterly Loved, was shared with the world to benefit others. All proceeds from Utterly Loved, and a portion of the proceeds of all her other books, support charities who help those lost in this world.

Kat lives with her husband amid the beautiful Sonoran Desert of Arizona.

Even with my usual dislike for historical romance, this sounds good to me. :-)

Disclaimer: I'm not affiliated with any of the mentioned authors, pages, book sellers, etc... The provided Links are simply given to ease your curiosity should you want more information. I'm not compensated in any way for giving you this information or for any adds, banners etc.... I share what I want when the mood suits me. :-) Any books that I review were purchased by me unless otherwise noted. Giveaway prizes for tours that I take part in are provided by the author or publisher unless otherwise stated.
Posted by Brenda Demko at 12:30 AM