Chance and his LIIA pack of agents search for rogue Lycan mastermind, Smoke, kidnapper of Lindsey and fifteen other human women he plans to use for procreating his own army.

Trevor, Chance’s right-hand Lycan, wants his mate back, but believes she’s fallen for her captor. Lindsey loves Trevor but believes he’s given up on her.

Will Trevor come around in time to rescue Lindsey and save her from shifting into Smoke’s pack, and will she even want back with Trevor after spending so long apart? 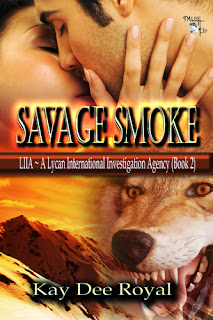 Trevor fought to get Smoke’s disgustedly grinning face out of his mind. Knowing that freak made love to Lindsey on a daily basis and worse, that she accepted and encouraged him, stabbed Trevor deep to his heart, like a twin silver bladed knife. Images of Smoke and Lindsey fucking in that damn cabin in Minnesota carved a permanent place in his head. He recalled how Lindsey rode Smoke as if she loved it, but the toughest thing for Trevor was seeing Smoke’s mark on her shoulder. It killed him, leaving a heavy weight inside his chest.

He kicked out his fury, foot meeting chair, and it slammed into the wall twenty feet away. Just then Jase sauntered into the Ops room.

“What the heck, Trev.” Jase strode over to the chair. “You need to get laid, man. Forget her and move on.” Jase picked it up and bent it back into shape. He set the chair legs on the floor. One second ticked by, long enough for Jase to make it back beside Trevor, and the chair busted in half, making both men jump. “Good grief! That liked-ta scare the fur right off my gonads.”

Trevor chuckled at Jase’s exclamation, his non-use of cuss words. It’d been a good month since he’d heard the sound of his own laughter. And, it didn’t seem to help his ache or the hollow heaviness. He sighed and turned to leave.

“Whoa, where ya goin’ in such a hurry? We need to plan an attack. Get those Lycan scumbags to the Elders so they can be dealt with good and proper.” Jase sidled closer, eyes wide, brows high and his mouth a thin line, an expression Trevor recognized as seriousness.

Trevor knew the kid’s look after mentoring him enough to understand what the young Lycan was up to, but being pulled into something else would never alleviate his loss. He trusted Jase to have his back, but didn’t want any part of a plan that involved Smoke or Lindsey. The little scrapper would have to find someone else. Trevor considered the younger man standing too close, in his space, and gave him a shove. Jase’s butt hit the floor and skidded across the room, stopping beside the chair remnants. Before Trevor blinked, the wiry shit stood in his face again.

“Stop acting like a husk of the Lycan-wolf we all know you to be. You’re setting a crappy example for the rest of us loners.”

“Then maybe it’s time I set out on my own. Take up with another pack.”

“You know you can’t just leave us. You belong in this pack, Trev. We all… No, I depend on you for teaching me the wily ways of women. Stop leading me astray.” Jase chuckled and then went all serious again, but Trevor waited him out until the usual playful grin took over Jase’s face.

“And since when do you talk such trash? I’ve never heard you swear…and now, suddenly, you’re choking on those damn words.” Trevor studied Jase, realizing his friend worried about him. He wondered at the possibility of making love with someone else after finding and losing his primal-mate to another. Would his body even allow it? Guess there was only one way to find out. Maybe having Jase along would be a good back-up plan. “Fine, how about we go scare up some tail? What do you think about sharing a female? I understand it’s every woman’s dream.”

Jase’s face lit every which way, from twinkling eyes to his shit-eating grin. “I’m in. It’s like hands-on with a master, watch, learn, and play at the same time.” Jase chuckled. “How can I go wrong?” 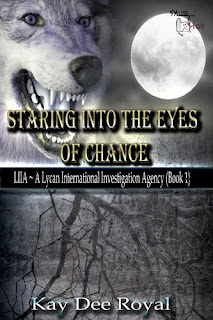 Title: Staring Into the Eyes of Chance –

Olivia endures a thirty-four year passionless marriage, discovering her dead husband’s philandering history at his funeral. She devotes her energy and life-long sensitivity with animals to her wildlife refuge and preserve.

Chance, a Lycan alpha and leader of the Lycan International Investigation Agency (LIIA) throws himself into his investigations. He chooses to neglect his duty of finding a primal-mate after watching his father become an empty shell over the loss of his.

Will they succumb to its enticing tether, or fight to resume their loveless lives apart? 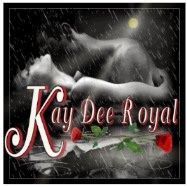 6 prizes - one winner for each

I probably should have read book one first. It sounds great!

Savage Smoke was entertaining but I can't give you a perfect review.

There were some things that I didn't care for.

1. The focus changed too often for my liking. There were too many threads going at the same time. I get distracted or confused.

3. I didn't care for how easily these characters were swayed or distracted by sex, especially when they supposedly had a mate and it wasn't their mate they were lusting after.

In addition to the f/f action, there was lots of other action too, even some with multiples. I will say this book was extremely hot. I skimmed some of it though because I just couldn't stand it.

The main plot is good though and other than finding the sex more of a hindrance than anything, I enjoyed it. Yes I said that. You all know that I don't care for f/f action and I prefer one on one. I don't mind multiples at times in my reading but it just didn't sit well with me here.

I hope that Jase gets rescued but I probably won't read the next book.

If you like lots of hot sex and weres, you may want to try this.

I received an ebook in exchange for my honest opinion. It was pretty good. However, I like my characters to be monogamous. Because some of these weren't I didn't enjoy it as much as I could have. This has to do with me and my preferences. I am not in any way saying that the book was bad. This is Not the case! 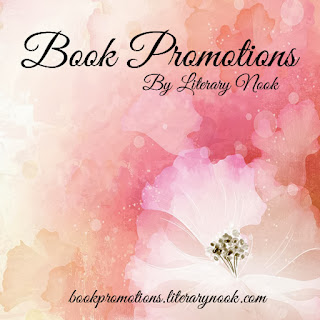 If you like the sound of this book, or would like to win a different book, leave a comment and enter it in the Comment Incentive Giveaway Rafflecopter. The link can be found at the top of the page!
Posted by Brenda Demko at 12:30 AM