Review of (ARC) Keep You From Harm by Debra Doxer 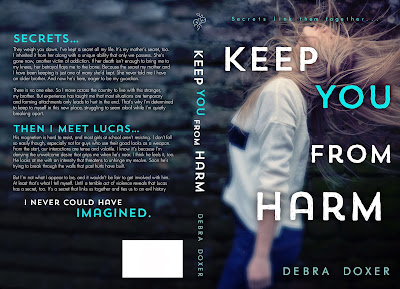 They weigh you down. I’ve kept a secret all my life. It’s my mother’s secret, too. I inherited it from her along with a unique ability that only we possess. She’s gone now, another victim of addiction. If her death isn’t enough to bring me to my knees, her betrayal flays me to the bone. Because the secret my mother and I have been keeping is just one of many she’d kept. She never told me I have an older brother. And now he’s here, eager to be my guardian.

There is no one else. So I move across the country to live with this stranger, my brother. But experience has taught me that most situations are temporary and forming attachments only leads to hurt in the end. That’s why I’m determined to keep to myself in this new place, struggling to seem aloof while I’m quietly breaking apart.

Then I meet Lucas…

His magnetism is hard to resist, and most girls at school aren’t resisting. I don’t fall so easily though, especially not for guys who use their good looks as a weapon. From the start, our interactions are tense and volatile. I know it’s because I’m denying the unwelcome desire that grips me when he’s near. I think he feels it, too. He looks at me with an intensity that threatens to unhinge my resolve. Soon he’s trying to break through the walls that past hurts have built.

But I’m not what I appear to be, and it wouldn’t be fair to get involved with him. At least that’s what I tell myself. Until a terrible act of violence reveals that Lucas has a secret, too. It’s a secret that links us together and ties us to an evil history I never could have imagined. 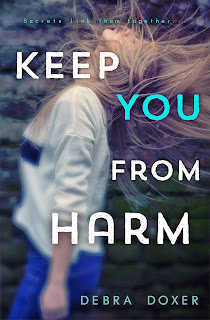 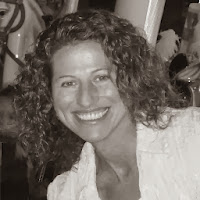 Debra Doxer has always loved to write. She also loves to read, often finishing several books a week. Debra works as a writer in the network and software security field. For fun, she writes fiction novels.

Debra lives with her family outside of Boston and is currently working on her next book.

At first glance of the cover you might thing this book would be bizarre or not worth reading. You would be wrong. While it has some deep and dark moments, this is a paranormal romance unlike those you've read before.

Raielle belongs in the Unique or Special abilities category of paranormal beings. She is without a doubt human in every sense of the word. However, she knows when someone near her is unwell and her body strains to help them by using a special kind of energy that she can harness. Not quite a normal trait for human beings right?

The book begins with a dark moment which sets Raielle's life into uncertainty. She ends up moving across the country to stay with a brother that she didn't even know existed. While there, for the first time in her life, she lets her guard down just a little and makes friends.

She seems to be doing great until she goes to a club one night and sees a man that she recognizes from her old town and knows that he is somehow connected to her and her mother.

As she sets out to find the truth, true motives are revealed. She is left needing the help of a man that she thought was dead ~ her father.

There are a plethora of shocking moments in Keep You From Harm. You will also find some romance, minimal steam (heavy petting and kissing only!) deceptions, lies, some angst, a truly selfless heroine with too big of a heart for her own good, a paranormal element, and an ending that will leave you wanting to grab ahold of the next book ASAP.

I would definitely recommend this book to those who like to be kept guessing. or want to read something different.

I received an ecopy of this book in exchange for my honest opinion. I thought it was pretty darn good. :-)

Commenting? Don't forget to enter the Comment Incentive Giveaway. The link can be found at the top of the page!
Posted by Brenda Demko at 12:30 AM