Guest post by Jonathan Lister, author of Crossroads ~ review and giveaway too 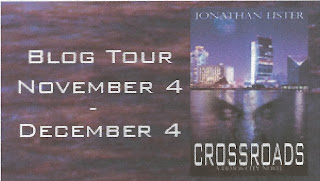 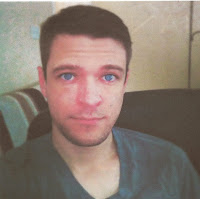 Jonathan Lister is a full-time writer with work appearing in outlets of USA Today, The Houston Chronicle and many others. A graduate of the Jack Kerouac School of Disembodied Poetics at Naropa University, he’s waited an unspeakable amount of tables en route to having the career he wants, and the ability to the tell stories he loves. Crossroads: a Demos City Novel is Jonathan’s first book-length work of fiction. He currently lives in the Philadelphia area and continues to drink too much coffee.


Jonathan Lister is guest posting for me today. :D Thank you Jonathan!

Choosing to focus a story on one supernatural population over another depends on multiple factors: taste, the time of day, how much coffee is available, proximity to the sun, relationship status. Why write werewolves? The reason doesn’t really matter. Focusing on what a character is in terms of the shell they walk around in ignores who the character is. It’s why “Blade Runner” holds up so much better than “Twilight.” Books and movies about the supernatural aren’t interesting unless the reader/viewer cares about their characters and what happens to them.

Writer Anne Lamott has written that she could watch Oscar-winning actor Anthony Hopkins wash the dishes for hours and be enthralled. He’s just that good. That belief is a testament to the life Hopkins infuses into his roles and a lesson for every writer out there: readers will follow interesting characters to the kitchen sink and back. Boring characters trekking off to save the world won’t make it past the dining room table. 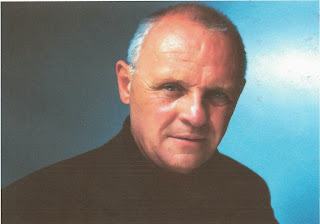 Werewolves won’t be engaging and interesting characters unless the writer devotes the time and effort to creating them that way. Believe me, if I could slap a hulked out killing machine down the page and have him cavort through extended scenes of rage-fueled violence for 350 pages AND land on the bestseller list, I would. Readers are smarter than all that – they crave a more substantial experience. It’s Spiderman needing to pay the rent. Batman wrestling with the tragic loss of his parents. Tony Stark coming to terms with the dangers of his narcissism.

Characters only become engaging when you give them life. What they are is not sentience – it’s the who and how that draws the readers and viewers into the tale.

Werewolves are better than Vampires?

Werewolves have a more agile mythos surrounding them than vampires. With wolves, writers can break the rules and create new ones without the public reeling in disbelief. With vampires, religion inexorably comes into play, which adds another layer of constriction onto what a writer can do with the work. Werewolves have the blush of life and new emotional discovery. They’re a cyclone of unpredictable movement and passion, where the undead are well…undead. 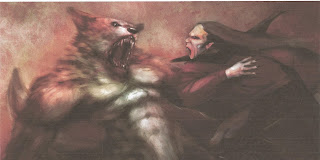 Of course, stories with vamps at the forefront tend to perform better on the open market. I suppose you could argue that there’s one series in particular that’s skewing the sales numbers, but it’s too late to turn back. Werewolves get relegated to the supporting actor category, a raucous aside to the cool-headed nature of the fanged undead. I get it. One side of the aisle you have a pale-skinned James Bond and on the other is a hairy Arnold Schwarzenegger.

Maybe that’s the best reason to choose werewolves as the centerpiece for new and emerging storylines. The earth is more fertile and less peppered with audience expectations. The more room there is for experimentation, the better stories we can produce. Isn’t that what it’s all about after we strip everything else away?

Werewolf. Bar bouncer. Dad. Standard traits for any self-respecting, reformed criminal, living under the radar in Demos City. For Leon Gray, normal is what he wants — for himself and his not-yet-changed teenage daughter.

Playing bodyguard to crusading reporter David Hastings would totally ruin Leon’s peace, especially since Hastings has hired killers on his trail, pros who know how he takes his espresso in the morning, and where Leon lives.

The payoff, though, would fill up Shauna’s empty college fund, and in a battle between opportunity and ordinary, money wins. He just has to keep Hastings alive long enough to cash the check.

If only he didn’t have to save his daughter, too.

As a budding wolf, she’s piqued the interest of a local pack Alpha — one Leon knows will steal Shauna right out from under him the first chance he gets.

Leon isn’t about to give up on his daughter or Hastings, and will fight for both longer than it took Demos City to see werewolves as equals to humans.

He can only hope it doesn’t take a thousand years. 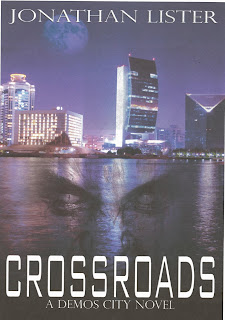 Breaking a beer bottle over someone’s head rarely knocks them unconscious. Oh, it’s going to hurt like hell, probably make a good-sized gash in the scalp but hardly ever just a quick dose of shut-eye. What they’ll end up with is a wound that looks a lot worse than it actually is. The best an opponent can hope for is the element of surprise and the moments of disorientation that the hit causes. If the bastard is serious about it, he can use the jagged edges of broken glass to do some real damage. A shame this isn’t a Western. When a beer bottle connects with a cowboy’s head in one of those old movies, he hits the floor in a few seconds.

I’m not a cowboy. I’m something else.

“Gray! Watch out!” Jenny shouts from behind the bar, but I already know Frank is coming. Guy lost his job last week—ten years as a call center supervisor. He’s been in here every night since. Now he’s drunk enough to think I’m the reason his company shipped his job off to the Philippines.

It’s taking him forever to swing that damn bottle at me; I’m getting bored.

He’s harmless on most nights, talks a lot about how he’d like to blow up his old work, but ends up passing out in his car. People in front of me are pointing and shouting over the din of music and bar talk, obviously trying to warn me. It’s the whiskey’s fault Frank is coming after me. That doesn’t mean I can make an exception. Everyone in here knows the rules, knows what’s coming.

The bottle connects with the back of my head and shatters. I don’t move. Broken glass sticks in my hair, even draws some blood. I let the pain run down my back along with the cheap beer and hold my breath until the shouting sting fades to a grumbling throb.

“Fuck you, Leon!” Frank shouts. His breath is acrid and brimming with rye as it washes over my neck. Its scent tells me how much alcohol is in his blood. In all the movies Frank has ever probably seen, it’s only supposed to take one hit, so I know he’s is waiting for me to fall down. In fact, he’s probably praying I fall because no way he’s got a next move planned.

A bar that was roaring with life a moment ago is all spectators, front-row seat types. Most everyone in here knows me, knows what I am. Frank does, too; it’s why he needs to quit the whiskey. The pool tables are quiet. No one’s playing darts, not even bringing glasses to their lips. There are no footsteps on the hardwood floors. The customers are all a mixture of bloodlust and pity, waiting to see what my first move is going to look like. The bell sounds in my head as I turn around.

This is the fun part of my job. 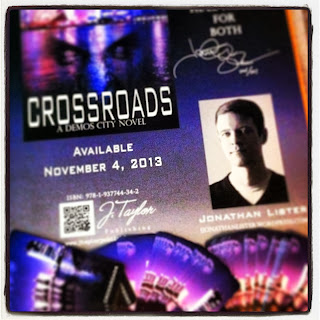 You all know that I usually do not pass up the opportunity to read werewolf books. This was no exception. However, I don't read many books written by male authors. Nothing against them but I've found that they usually leave me wanting. I think it is partially due to the fact that I prefer lots of romance in my books and men usually aren't very into flowers and romance (especially talking about it!). Crossroads was written by a male author, Jonathan Lister. While I did not find lots of romance between these pages, I did find Crossroads to be interesting and engrossing. It was not the usual werewolf read and it was good in spite of that.

Don't get me wrong, it's not that Leon and the other weres are the evil creatures of legend or any thing like that, but they are not love sick and on the hunt for a mate either.

You will find a lot of action, some politics and a completely different look at weres in this book. There is so much story! Lots of suspense and intrigue will keep you turning the pages. Did I mention that Leon had a daughter? He does and she is going to be experiencing her first change soon. Talk about awkward! lol! I actually admired their relationship. Leon would do anything and give what ever he had for his daughter. Oh a father's love!

When things get out of hand one night, he ends up in jail and while there, he meets David Hastings, a human. Long story short, he ends up working for him.

I do not want to give any thing away so mum's the word about the rest of book.

I did find the pace to be slower in a few spots but that didn't last long. Even when it's slow, the story will still compel you to keep turning the pages.

I would recommend this to those of you who are hungry for action or enjoy a good father daughter dynamic in a book.

I received an ecopy of this book in exchange for my honest opinion. I did indeed like it and I will be keeping an eye out for more books in this series.

Do you have a question or comment for Jonathan?

Would you like to win this book? Don't forget to enter the Comment Incentive Giveaway. The link can be found at the top of the page!
Posted by Brenda Demko at 12:30 AM