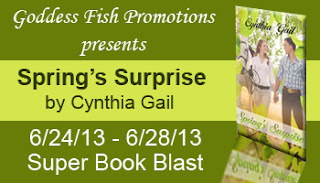 Sara Michaels is single again. And she’s celebrating her thirtieth birthday with a complete spa makeover and a day of boutique shopping with her two best friends. After a ten-month battle for freedom, a long weekend in Nashville, Tennessee is just what she needs to erase the memories of a broken heart.

Jack Tanner is the soon-to-be new partner at Chester & Dorsey Development Firm. Jack’s love life has been on the back burner for years as he’s built a successful career. But the moment he meets Sara, he takes a hard look at his life and his priorities.

Sara steps out of her comfort zone and spends an unforgettable weekend with Jack. She’s never felt so carefree. Until she realizes too late that three days can change everything. 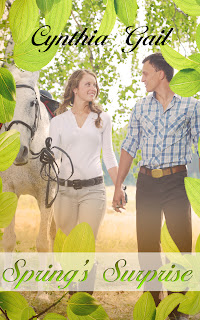 “So, were you surprised?”

“I don’t think surprised is the right word. I was speechless. What did he tell Nick?”

“Not much. Just that you had called and the two of you were talking again. He didn’t give any details. He was in his car, on the way to the airport. He wasn’t sure if you would be mad or glad to see him this morning, but he said he had to take a chance.” Beth paused. “So I guess you were glad?”

“Yeah. When we talked last night, I told him all of the reasons why this wouldn’t work and, of course, he had an answer for every one of them. I finally wore down and told him that I’d try.”

“Is it possible to be terrified and excited at the same time?” Her hands shook as they held the phone to her ear. Her eyes were beginning to burn again. “I don’t know what to do.”

“There’s nothing to do. Just enjoy spending time with him. Give it a few weeks to settle in and see if you still feel the same. I know you care about him or you wouldn’t have been so upset when you left here two weeks ago and you wouldn’t be stringing him along with your pitiful text messages.”

“That’s the problem. I think I care too much.”

“Don’t you think he’s just as afraid? But he’s not going to let fear stop him. You shouldn’t either. You’re a stronger person than that. Nothing worth having is easy, Sara. Give him a chance and some honest time.” 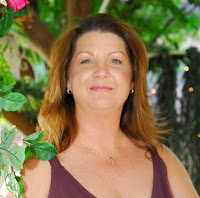 About the Author:   My husband and I live in the suburbs of Nashville, Tennessee with our eighteen-year-old son and three dogs. When I’m not working or writing, I can be found with family and friends. I love to bake in the winter, grill in the summer, and on occasion, I sneak away from everyone and curl up with a good book.

I hope you enjoy my stories. Each one touches on modern day issues, fears, and challenges that women face every day. And each one illustrates that love is within reach if you let down those walls and allow your heart to open. Our lives and experiences are so much more meaningful when we have someone to share them with.

If you follow the tour and comment on more posts, your chances of winning will increase. The tour dates can be found here.

I really liked Spring's Surprise. It could be read as a stand alone but then you would miss book one in the Music City Hearts series, Winter's Magic.

In this series you'll find a wonderful cast of characters. They are so caring and real that they will quickly grow on you. I just know that you'll love them as much as I do!

I was especially happy to see Beth and Nick again. They were the main characters in the first book. It is this pair of matchmakers that introduce our leading lady, Sara to Jack, our leading man.

Sara is visiting her friends Beth and Jennie. She is feeling like herself for the first time in what seems like forever. She's going through a nasty divorce from a grade a jerk. I like Jack's nickname for him better but I'll let you discover it on your own when you read it.

Jack is a workaholic. He doesn't make time for dating. He's never really felt the need to put an effort into a relationship with a woman.

When these two are introduced the attraction is immediate, undeniable, and very much mutual.

They decide to enjoy each other's company for the weekend. Neither one is looking for a relationship especially because they don't live near each other. As the weekend goes on and they get to know each other better, it becomes difficult to think of never seeing each other again. Jack wants to try a long distance relationship. Sara isn't buying though. She can't trust after what happened with her husband and thinks that it would be impossible for it to work out.

I recommend reading Spring's Surprise if you like sweet romances that have a touch of heat and great characters.

I received an ecopy of this book from Goddess Fish in exchange for my honest opinion. I liked it and will be waiting to see whether the next book will be Fall or Summer and who will be the main characters. :-)