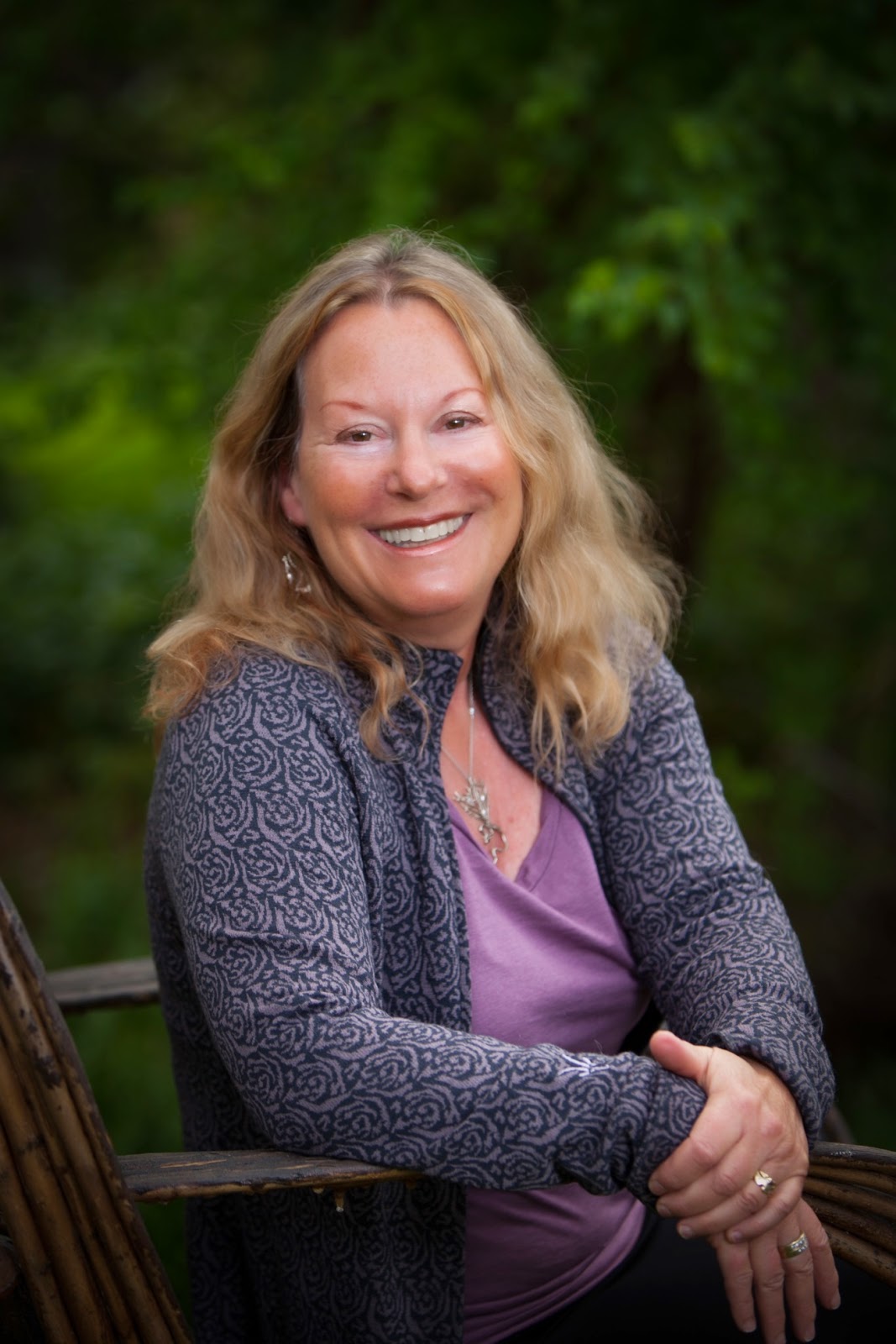 Ann Gimpel is a mountaineer at heart. Recently retired from a long career as a psychologist, she remembers many hours at her desk where her body may have been stuck inside four walls, but her soul was planning yet one more trip to the backcountry. Around the turn of the last century (that would be 2000, not 1900!), she managed to finagle moving to the Eastern Sierra, a mecca for those in love with the mountains. It was during long backcountry treks that Ann’s writing evolved. Unlike some who see the backcountry as an excuse to drag friends and relatives along, Ann prefers solitude. Stories always ran around in her head on those journeys, sometimes as a hedge against abject terror when challenging conditions made her fear for her life, sometimes for company. Eventually, she returned from a trip and sat down at the computer. Three months later, a five hundred page novel emerged. Oh, it wasn’t very good, but it was a beginning. And, she learned a lot between writing that novel and its sequel.

Around that time, a friend of hers suggested she try her hand at short stories. It didn’t take long before that first story found its way into print and they’ve been accepted pretty regularly since then. One of Ann’s passions has always been ecology, so her tales often have a green twist.

In addition to writing, Ann enjoys wilderness photography. She lugs pounds of camera equipment in her backpack to distant locales every year. A standing joke is that over ten percent of her pack weight is camera gear which means someone else has to carry the food! That someone is her husband. They’ve shared a life together for a very long time. Children, grandchildren and three wolf hybrids round out their family.

Thanks so much for inviting me to your blog, Brenda. One of the best parts of these virtual tours is all the wonderful, new-to-me, blogs I discover along the way. I took a peek at your blog and discovered we like reading the same types of books. I adore urban fantasy and paranormal romance. It’s probably why I chose those genres to write in.

People frequently ask me how I’ve blended my career as a psychotherapist with writing. It’s fairly straightforward, actually. I’ve always enjoyed drilling deep into what makes us tick as human beings. We all have subterranean needs, wants, and secret places that drive our behavior in curious ways. We all have things that scare us and skeletons rattling in the back of our closets.

I prefer complex characters who are faced with problems that don’t have easy solutions. I want them to have to step beyond their comfort zone because when you get right down to it, that’s how we grow. Kate Daniels is one of my favorite fictional heroines. Watching her meet challenges and grow through the “Magic” series by Illona Andrews was a treat. Ditto for Eve Dallas in J.D. Robb’s “Death” books. These are two heroines who come into life challenges with all their guns blazing. They’re strong and competent, but also good partners for their men. Some series books just rehash the same plot in each book, but these series carry the story forward, and I’ve found something new in each book that adds to my understanding of the characters and their world.

On a personal level, writing is a tough business. It’s not for the faint of heart. Through the process of releasing twenty-five books with publishers, I discovered the hardest part was marketing. As an experiment, I released some books I’d gotten my rights back to myself. So far, things are going well, so I may well have both feet in the Indie camp at this point. Who knows? Nothing is certain in the publishing business except change.

I have some questions for your readers.
What types of characters do you fall in love with?
What makes you remember a book long after you’ve finished the last page

Aislinn Lenear lost her anthropologist father high in the Bolivian Andes. Her mother, crazy with grief that muted her magic, was marched into a radioactive vortex by dark creatures and killed. Three years later, stripped of every illusion that ever comforted her, twenty-two year old Aislinn is one resilient, kickass woman with a take no prisoners attitude. In a world turned upside down, where virtually nothing familiar is left, she’s conscripted to fight the dark gods responsible for her father’s death. Battling evil on her own terms, Aislinn walls herself off from anything that might make her feel again in this compelling dystopian urban fantasy.

Fionn MacCumhaill, Celtic god of wisdom, protection, and divination has been laying low since the dark gods stormed Earth. He and his fellow Celts decided to wait them out. After all, three years is nothing compared to their long lives. On a clear winter day, Aislinn walks into his life and suddenly all bets are off. Awed by her courage, he stakes his claim to her and to an Earth he's willing to fight for.

Aislinn’s not so easily convinced. Fionn’s one gorgeous man, but she has a world to save. Emotional entanglements will only get in her way. Letting a wolf into her life was hard. Letting love in may well prove impossible. 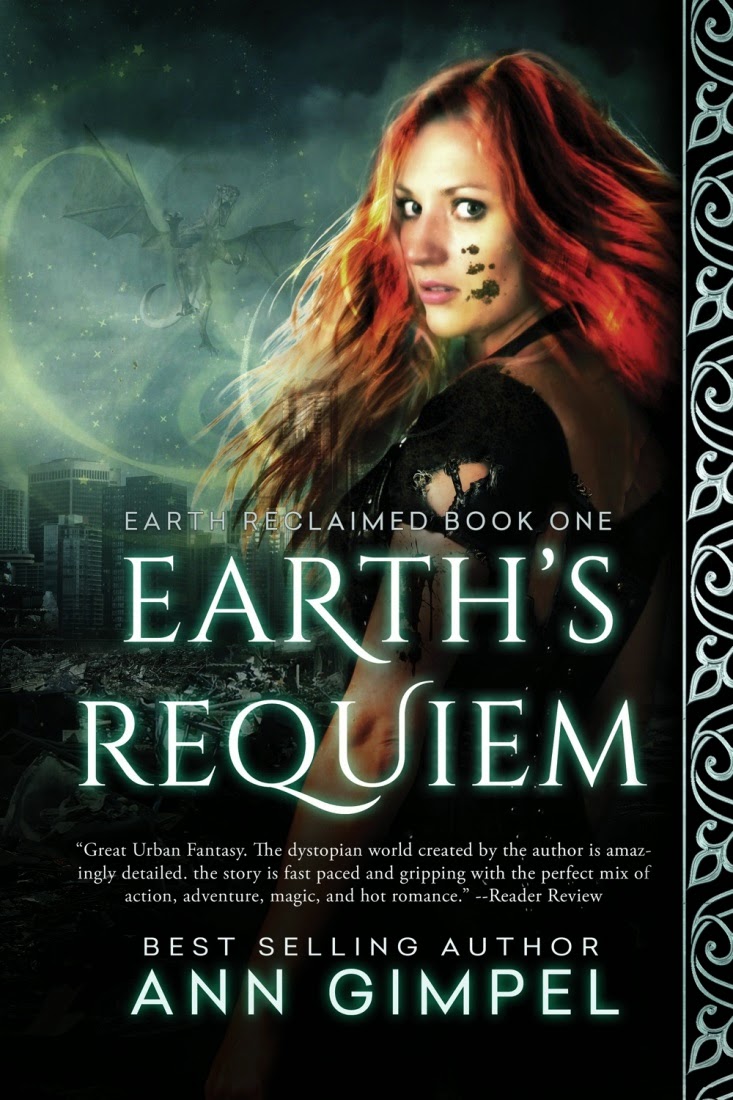 Resilient, kickass, and determined, Aislinn's walled herself off from anything that might make her feel again. Until a wolf picks her for a bondmate, and a Celtic god rises out of legend to claim her for his own. 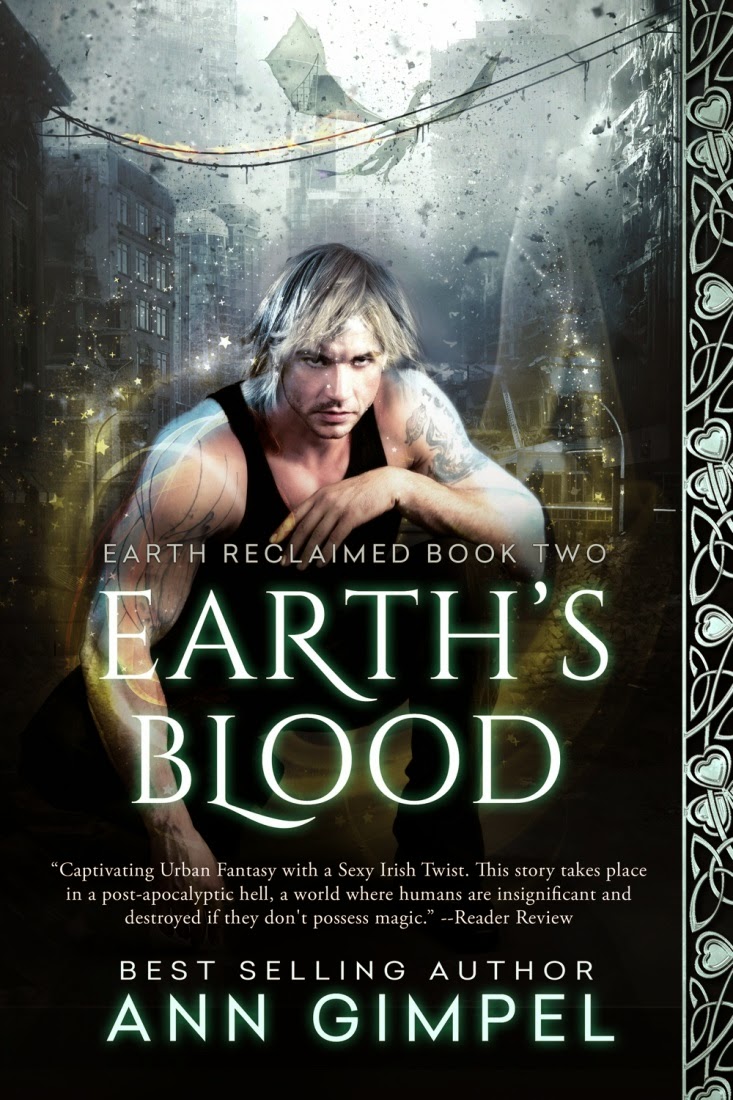 Clinging to their courage in a crumbling world, Aislinn and Fionn vow to save Earth, no matter what it takes.

In a post-apocalyptic world where most people have been slaughtered, the Celtic gods and a few humans with magic are all that stand between survival and Earth falling into chaos. The combination of dark sorcery leveraged by the enemy is daunting. Destruction is all but certain if the small enclaves of humans who are left can’t get past their distrust of the Celts.

Captured by the enemy, Aislinn Lenear wonders if she’ll ever see her bond wolf or Fionn, a Celtic god, again. She’s had nothing but her wits to rely on for years. They haven’t failed her yet, but escape from her current predicament seems remote.

An enticing blend of dystopian urban fantasy and romance, this second volume of the Earth Reclaimed Series provides fertile ground for Aislinn and Fionn’s relationship to deepen. Headstrong and independent, the pair run up against each other’s demands time and time again. Fireworks spark. In the end, they learn to savor every moment in a bittersweet world where each day may well be the last. 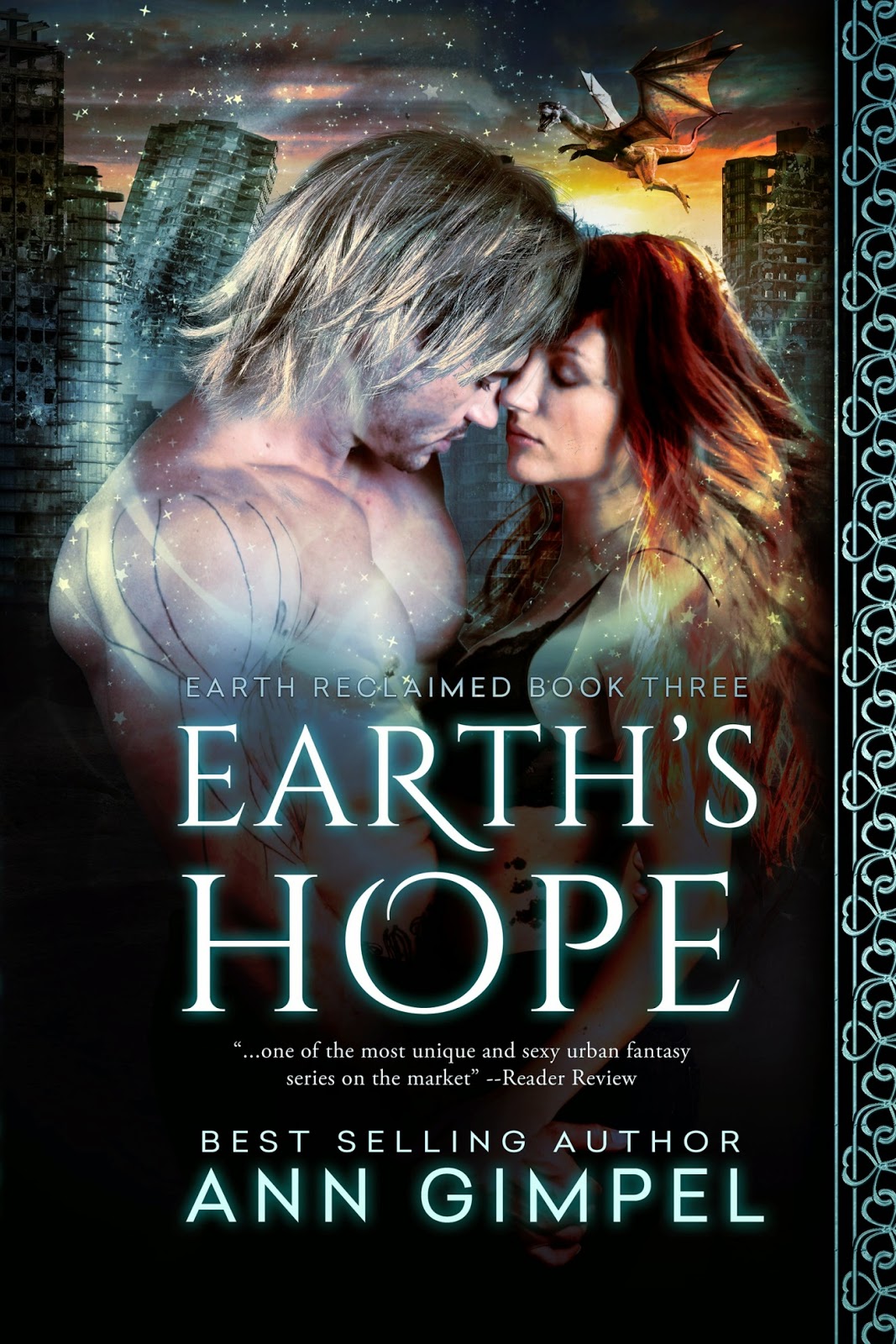 Power so old, deep, and chilling it hurts to think about it will overrun Earth if nothing changes. Targeted, furious, and fighting back, Aislinn runs wide open, gathering allies and putting her life on the line.

Aislinn Lenear has traveled a long road since the dark gods invaded Earth better than three years ago. After seeing her father slaughtered in front of her, and her mother sink into madness, Aislinn built strong walls around her heart. First her bond wolf, and then Fionn MacCumhaill, changed all that, but she and Fionn are far from home free.

Four of the six dark gods are still sowing destruction, and they’ve joined forces with Lemurians, a desperate lot, running just ahead of the tide of their own mortality. In a bold move, they try to coopt a group of young dragons, and very nearly succeed. Dewi, the Celtic dragon god, and Nidhogg, the Norse drago

n god, banish their brood to the dragons’ home world, but they refuse to stay put.

In a fast-paced, tension-riddled closure to this dystopian, urban fantasy series, Earth's Hope sweeps from Ireland to the Greek Islands to the Pacific Northwest to borderworlds where the dark gods live. Fionn’s and Aislinn’s relationship is strained to the breaking point as they struggle to work together without tearing one another to bits. Fionn is used to being obeyed without question, but Aislinn won’t dance to his tune. If they can find their way, there may be hope for a ravaged Earth.

Thank you Ann for guest posting for me! Please come back anytime. I am always happy to share book news or help in any way that I can. :D

In answer to your question, I prefer heroines with some back bone. I do not care for pushovers at all. As for the men, Alpha characteristics all the way with me. I like them possessive, monogamous, protective, domineering, a great libido, caring, and I like a tender heart as well. I know, I know, I don't ask for much. ;-) 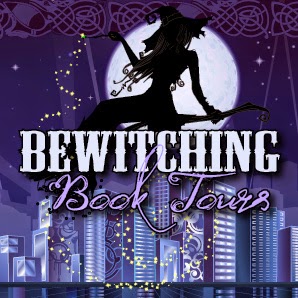 Don't forget to enter the Comment Incentive Giveaway. It is a great chance to win a book you'd like to have! The link can be found at the top of the page.