Interview with Anise Rae, Author of Syphon’s Song and a giveaway 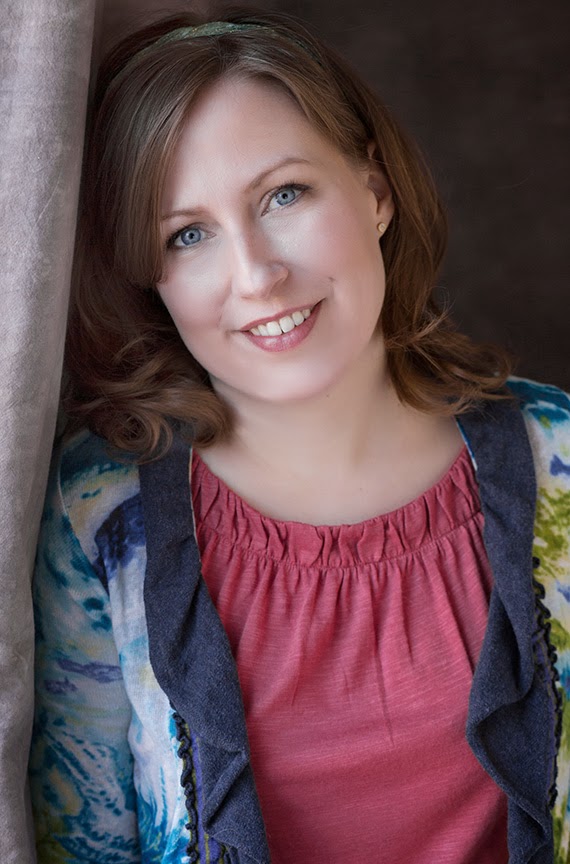 Anise Rae grew up among the cornfields and soybeans of Ohio, dreaming of being a ballerina, an astronaut, and a romance writer. Thanks to her soul deep love of chocolate and a lack of natural grace, her ballerina dreams floated away as high as the moon, equidistant with the astronaut aspiration. She stuck with writing.

Now transplanted to the south, Anise lives in the suburbs of Atlanta with her kids and a dog gifted with the power of finding dirty socks.

Syphon’s Song, a 2012 Maggie Award of Excellence finalist, is the first book in the Mayflower Mages series.

Anise Rae was kind enough to let me interrogate her. ;-)  Here is what she shared:

In silence. This is highly inconvenient since silence is a rare commodity. Also, I do my best work under pressure. Likewise, this is also inconvenient as it involves great quantities of stress!

I’m editing Enchanter’s Echo, book two in the Mayflower Mages series. It stars Edmund, my swoon-worthy hero. He’s the brother of the hero in Syphon’s Song. I don’t have a definite release date yet, but I’m hoping it will be winter or spring of 2015.

This is very embarrassing to admit, but although I am a huge fan of Karen Marie Moning’s Fever series, I haven’t read the last book! It’s been sitting on my shelf since the moment it came out. Years! I can’t bring myself to read it. Once I read it, it’s over! (I do know she has a spin off series, but still!) I felt the same way about Harry Potter. I bought the last book the moment it came out but put off reading it. Eventually I had to read it or risk learning the ending through the all the chatter about the book.

Neither. I bring my own bags. I’m not the greenest girl on the planet, but I love my green bags!

Does coffee count? Is it a food? In case that doesn’t count, chocolate.

Outside! But lest you think I’m some sort of adventurous outdoorswoman, let me assure you that while I’m outside, I’m sitting in a chair. With a book. In the shade. Or with my laptop in the shade. In fact, my favorite place to write is on my screened-in porch. I live in an urban forest (Yes, that’s a real, official designation. I didn’t make it up. Though I make things up for a living, I’m trying hard to stick to the truth here.) I’m surrounded by trees, songbirds, squirrels, hawks, and deer. I was so thankful when winter finally left and I could get back out there.

Ice cream in a cone or dish?

What is your favorite sport?

Frisbee. I also like badminton. Go ahead. Laugh. I’m just not a sporty girl. I was a dancer and cheerleader growing up and not very talented at either. I did play one torturous season of softball the summer after fifth grade. The people tortured were as follows: me, my parents, the coaches, my teammates, the crowd.

I did learn to catch and hit a ball though. And that is why God, fate, the universe…whatever you believe in…plopped me down in a raggedy ball field that summer. I’m now the mother of a baseball-loving boy. For many years when he was little, I could play catch with him. Now he throws wicked fast and his old, uncoordinated mother is once again out of her league on the ball field. But it was so good and worth all the torture while it lasted.

What is your favorite or least favorite veggie and fruit?

I have a love/hate relationship with bananas. They always seem like such a good idea while I’m in the grocery store and yet when I get them home, they’re never quite ripe enough or they’re ripe enough, but I’m not in the mood, and then suddenly they’re mush.

My own dog. She’s the fluffiest golden retriever you’ve ever seen. She craves attention and dirty socks like a crack addict, although I’m mad at her cute face right now because she keeps trying to get the bird’s nest (complete with mother bird and eggs) that’s in our kitchen window.

My dog’s obsession with that not-smart-why-would-you-build-your-nest-in-a-window-two-feet-off-the-ground bird.

Thank you for answering my questions! :-) 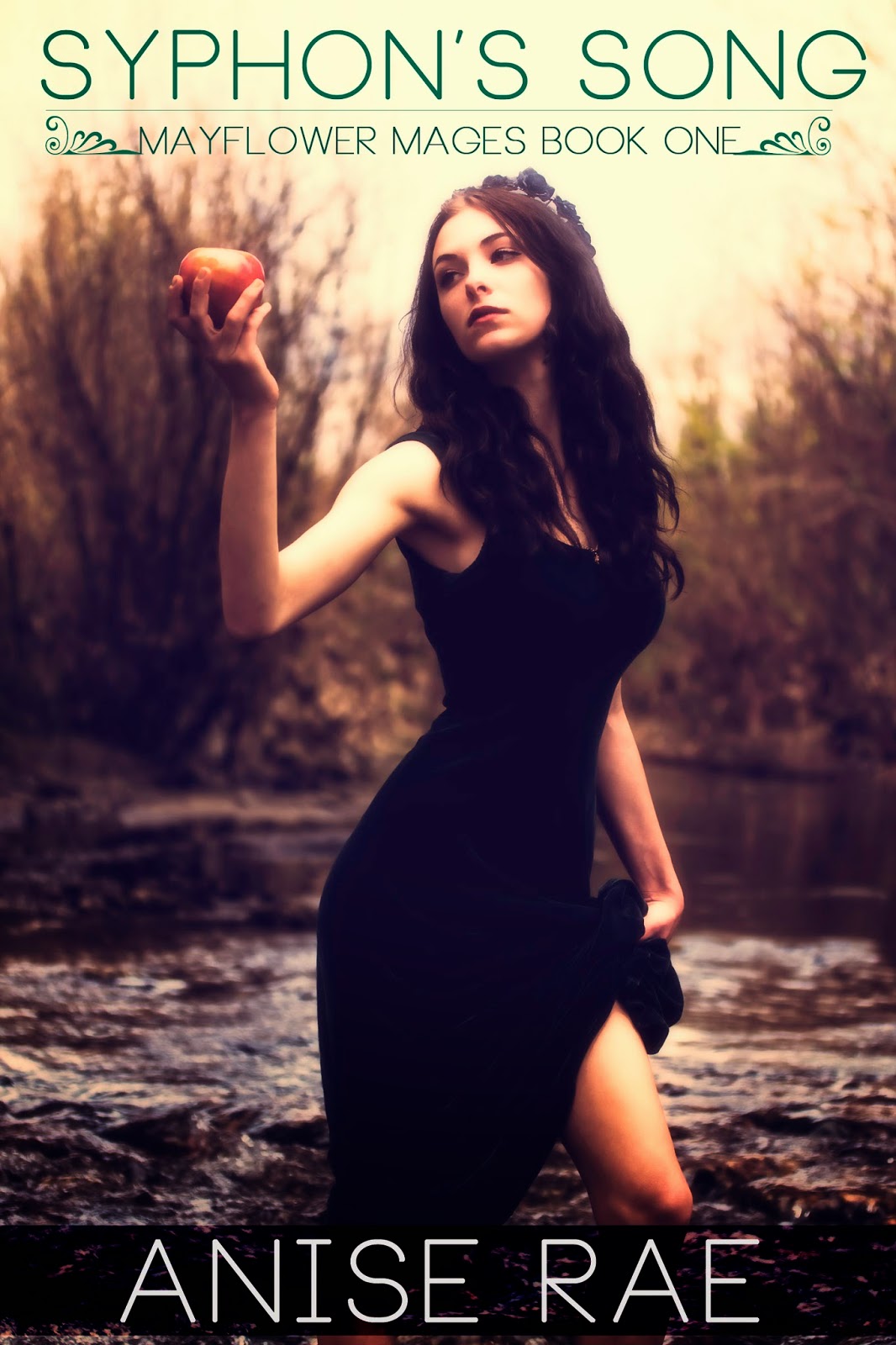 Legends say a syphon can drain a mage dry. He’ll brave the danger. Will she?

Someone’s playing pranks. The body of the late Casteel patriarch has been stolen and gifted to the family’s enemy, the powerful Rallises. As far as Bronte Casteel is concerned, they can keep it. She hasn’t spoken to her family in thirteen years, not since they exiled her from society for her lack of mage power. But she’s a syphon mage, able to drain another mage’s power. Syphons’ destinies are always the same: death by fiery stake. She hides her secret by living among the Nons--powerless humans and the lowest class in the Republic. When her family orders her to go plead for the body’s return, she comes face to face with the one man who knows her secret.

Colonel Vincent Rallis isn’t letting his syphon get away this time. Not when she’s under suspicion of body-napping and aiding anti-mage terrorists. He’ll prove her innocence whether she wants him to or not, and then convince her they belong together...forever.

Vincent’s help comes with a steep price: Bronte must reveal her power. The inevitable ensuing witch-hunt and trial would be bad enough, but even a tough girl might buckle if her prosecutors are her own parents.

Bronte faced the senator. “I’m here to ask for your help.”

“Help with what, Bronte?” The gruff, hoarse words came from behind her, accompanied by a flood of vibes.

She wouldn’t have recognized his voice except for that energy pouring into her. She wrenched around in her seat to see the lion prowl out of the shadows.

His gaze targeted her like she was prey that might escape. “Tell us how we can help you. And then you can explain why you ran away from me.”

Her mind recorded him like a pencil scratching away at paper to save his image—his dark hair clipped short, eyebrows that formed stark lines with a skeptical bent near their ends. A crease pulled between his brows that hadn’t been there before. His rugged face had weathered storms his brother had avoided. Those storms had chiseled away any softness.

She closed her eyes, stopping the mental sketching—a necessity to save her sanity. She turned her whole body back toward the senator and only opened her eyes when she knew Vincent wasn’t in her line of sight.

“Vin!” Happy surprise colored every note of the senator’s voice. “How long have you been standing back there? Your energy is so subdued I didn’t even sense you until now.”

“I didn’t either.” Edmund’s voice was equally surprised. “Miss Casteel, your beauty has distracted us.”

Bronte fought to keep her calm mask intact. Her heart boomed like the senator’s voice and threatened to shake that mask right off her face. She couldn’t let that happen. Diplomatic words and composure were her only weapons in this battle, a quick escape her only viable strategy. She stood, one move closer to getting to the door. At her cue, all the men stood as well.

The closer Vincent came, the more his energy reached out to her. It touched her, filled her in places she’d forgotten were empty. Dangerous memories spilled back. If she knew how, she’d dump his vibrations out of her hidden vessel, turn it over, and sit on it like a metal bucket until it sank into the dirt with the force of her weight. She’d seal her hollow spaces shut and keep him out forever. To do otherwise would only invite death to creep close.

Vincent strode toward her.

She held her ground and looked him in the eye. “I do not need your help. I am simply the messenger. Here on behalf of the Casteels.” She cleared her throat to try again and turned to the senator. “Senator Rallis, my family requests your assistance.”

The senator’s wise gaze locked on Vincent, his expression thoughtful and full of silent words Bronte lacked the power to hear. Curiosity lit the dark depths of his gaze as they landed back on her.

Vincent leaned toward her. “And they sent you as their messenger?” His voice was soft, a caress against her skin. “The most vulnerable and weakest of them all, to fight their battles.”

“I am not weak.” She risked a quick glance at him. “I have plenty of strength to fight whatever battles I need to.” She bit her tongue to stop her aggressive tone. Arguing would not help her cause.

“Vincent, you are making our guest uncomfortable.” The senator’s tone went quiet. Deadly. The boom was much safer, she realized.

“No, I’m not. At least not with my vibes, Granddad.” Vincent’s reply was matter-of-fact. He held all the power between them, and he was going to use it. Running for the door would not help her now.

“My mage vibes do not make her uncomfortable.”

Her hold on her tongue wasn’t tight enough to stop her gasp. She’d messed up. Goddess, but she’d messed up. She closed her eyes for a moment at the realization. Instead of drinking Vincent in, she should have faked a reaction to his power, imitated the jittery anxiousness Nons felt around a mage who wasn’t suppressing his energy. Maybe that would have saved her.

“Vincent. She’s a Non. Of course you’re making her uncomfortable.” The senator’s reprimand was deceptively soft.

Bronte stared at Vincent as desperation swirled inside her. “Please. Don’t.”

“She’s not a Non.” Vincent’s words shattered her hope of escape.


This sounds good and steamy. I like the cover too. :-) 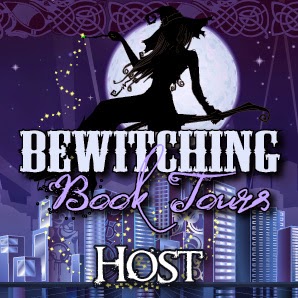