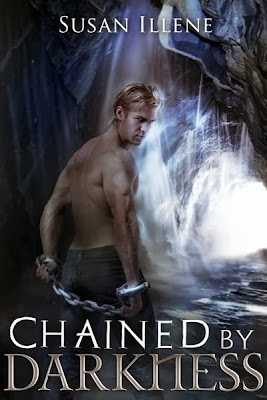 This is book 2.5 in the Sensor series.

You can find my reviews of books one and two as well as an interview with the author here.

Blurb:
The longer a man lives, the greater the chance his actions will cost him in the future. When that man is an immortal nephilim, the misdeeds can really pile up. Lucas has paid for the crimes of his past for centuries, resisting any close relationship that might make his life even more difficult. Until Melena. Only she could begin to melt the ice shielding his heart, but then he was captured by his greatest enemies—angels.

Now imprisoned in Purgatory, he’s awaiting trial for his latest crime and knows the verdict will not be in his favor. Lucas is resigned to the fact his life might be over, but fears without his protection Melena may not survive for long. She’s got her own enemies back in Alaska and her mortality makes her easy prey. Whatever happens to him, he must find a way to keep her safe. No matter the cost. 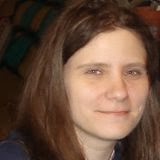 Instead of making the traditional post high school move and attending college, Susan joined the U.S. Army. She spent her eighteenth birthday in the gas chamber...an experience she is sure is best left for criminals. For eleven years she served first as a human resources specialist and later as an Arabic linguist (mostly in Airborne units). Though all her duty assignments were stateside, she did make two deployments to Iraq where her language skills were put to regular use.

After leaving the service in 2009, Susan returned to school to study history with a focus on the Middle East. She no longer finds many opportunities to test her fighting abilities in real life, unless her husband is demanding she cook him a real meal, but she's found a new outlet in writing urban fantasy heroines who can.

If you haven't read the first two books yet, what are you waiting for? They are awesome!

Chained By Darkness is a short story that focuses on Lucas. In the last book, he did something that was forbidden and he got in trouble. This book explains what happens to him during his punishment.

It helps us to see where Lucas is coming from and why he acts the way he does. This way, when we get to read the next book, we have more insight into what is going on and what Lucas went through in order to make it happen.

I liked it but not quite as much as the other two books. It wasn't as long as the others but it had lots of emotional depth and insight. I really missed Melena and all of the other characters though. She had a small appearance near the end and she was mentioned numerous times but it wasn't enough for me. This book was necessary and wouldn't have been the same without the absence of the other main characters.

I received an ecopy of this book from the author (Thank you Susan!) in exchange for my honest opinion. I thought it was an insightful look into Lucas's character and a great addition to the series. I look forward to reading Darkness Divides when it comes out next year.