Here is what she shared:

What is your favorite thing about writing?

I love taking risks. It’s always an adventure for me to write a story, because I try out new storylines and settings. I know it’s really my subconscious, but it’s great when my characters surprise me.

On a scale of 1-10, (1 being a Charlie Brown Christmas tree and nothing else and a 10 being overdone like the National Lampoon’s Griswold family) How far do you go when decorating for the holidays?

Ohhh, I’m not sure I am quite dedicated enough to take it into overdone territory, but I do like to decorate for Christmas! It’s the one big holiday where I go all out. I used to a new theme for the tree each year, like a blue Christmas or vintage ornaments or something. My kid ended up putting a stop to that because he likes rainbow colored lights and ornaments every year. Alas, my stylish tree days are over but I have a happy kid.

Ooh, I do love brownies in every form. With some mint thrown in for holiday spirit.

What is your favorite holiday show or movie?

How the Grinch Stole Christmas! Well, it’s fitting that my favorite holiday show is the one with an anti-hero, since that’s what I write  I prefer the animated version. :-)

What is the most un-useful gadget ever created?

What is your least favorite thing to do?

What is your favorite splurge?

Popcorn. With melted butter. And extra salt. And a mind-numbing movie with good company.

How do you prefer to communicate ( in person, texting, email, or phone)?

Email. Curse of being a writer, I guess 

Who is the first person you call with good or bad news?

My husband, for over a decade.

Are you more likely to wear a skirt or pants?

Who is your favorite author?

Gosh, stick a knife in me why don’t you, I can’t choose just one! One cool thing is I have a group project in the works for February of 2014, and I get to work with some of my favorite authors for that. These are top names in the dark erotica space. Stay tuned for information on that by signing up for my newsletter.:D

Bread. (I’m a carbs fiend.) Oooh! I love carbs too. They taste so very good but are so very bad.

Aside from the special project in February, I have a new book I’m working on that’s in the same crazy world as Wanderlust. I think it’ll be a lot of fun. Scary, but fun!

Thanks for having me!

Skye Warren writes unapologetic erotica, where pain and sex and love collide. The Forbidden Bookshelf called her “a true mistress of dark and twisted erotica.” Her dark erotica books have reached the erotica bestseller lists on Amazon and have been Top Picks at such sites as Night Owl Reviews and The Romance Reviews.

"Dark, disturbing, haunting, and beautiful, Skye Warren will take you into the depths of depravity but bring you home, safe in the end." - Kitty Thomas, author of Comfort Food 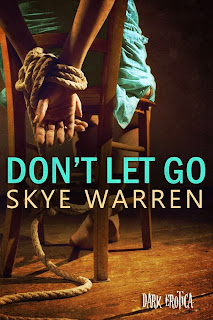 Junior FBI Agent Samantha Holmes is assigned the case of a lifetime, along with an enigmatic new partner, Ian Hennessy. She's determined to prove herself to the bureau legend, but late nights and stolen moments lead to more than respect. They lead to desire, and soon she's fallen for the one man forbidden.

Together they hunt for the FBI’s most wanted man. A criminal. A psychopath. But when they get close, Samantha may end up prey instead. She must face her dark past to stay alive—and to protect the man she loves.

There were lies people told you. Like when the case worker said, You’re going to love your new home, Samantha.

Then there are lies you tell other people. My father passed away. That was what I told people, even though he’d just turned fifty-two in a supermax prison. It was easier that way. Lies smoothed the way so we could go on pretending. They were the lube of life, and we all got a little messy in the process.

But the darkest lies were the ones you told yourself. They lurked in the shadows of your subconscious, undermining you and twisting your perceptions. They hid the answers in plain sight, right when you needed them most.

Spread out on my desk were piles of surveillance photos and notes taken over the past twelve months. I found it impossible to imagine that countless field workers and researchers had managed to miss his completely. Which meant this muddled collection of reports contained the information we needed. Hiding in plain sight.

Every image, from airport security cameras to public transportation cams to satellite imagery, showed a man with his head bent, facing down or away. As if he knew exactly where the cameras were, eluding us once again. The man looking the other direction, he could have been anyone. He probably was anyone, considering the pattern of times and locations didn’t add up. Carlos Laguardia wasn’t in a Chicago eatery known for mob connections one day, and then a Paris subway the next, and then a Florida University after that. We were grasping at straws—carefully planted straws designed to misdirect.

Only one image was different. A grainy black-and-white photograph showed a man standing still with people milling about him. Blurs brushing past a dangerous criminal. A monster. They’d run screaming if they knew all the things he’d done. I had chills just reading about it in this air-conditioned cubicle at the highly-secure FBI office.

Money laundering. Extortion. Murder. If there was a law against it, he’d done it. A wave of old pain washed over me. Men like that didn’t care who they hurt, whether it was the victims of their crimes or collateral damage.

I had been collateral damage once. Twelve years ago, I’d huddled under the coffee table when my father came home late, hands crusted with blood. I should have been grateful he hadn’t ever touched me, raped me, killed me. He did that to other little girls. And boys—he was an equal opportunity creep.

Until he finally made a mistake. A boy from my street had disappeared, and even at ten years old, I knew what it meant. I still remembered the heat of that August day and the cold bite of the chair beneath my legs. Static from the plastic seat zapped my skin while I waited in the police station. Horror and pity flickered over the policeman’s face as I told him my story.

I learned an important lesson then: criminals always make a mistake. Always.

If I could figure out Laguardia’s mistake, I’d have him. If I could find the little man with blue pants and a red striped shirt in this real life Where’s Waldo, he’d be mine. Unfortunately, the heavy stack of papers on my desk wasn’t talking.

This was the only image where he looked at the camera, but the resolution was too low for facial recognition software. I got the impression of patrician features—a broad forehead, a strong nose. Dark, curly hair peeked from beneath a thick skullcap. A bulky jacket obscured what looked to be a large frame of a man. Tall, compared to the people walking around him. Well, we’d always known he’d be physically fit and capable of fighting. But beneath his brawn was a mastermind who had run a global organization and eluded hundreds of trained law enforcement officers.

Not for much longer, though. The director had held an all-hands meeting last week.

“Laguardia has made a mockery of this organization,” he’d said, and at the back of the room, I’d silently agreed.

“Our ideals,” he’d continued, practically frothing at the mouth. “Our effectiveness. Even our dignity. A single man has turned us into a joke. That ends now. The time to get a gold star for effort has passed. It’s not good enough to look for him. You’re going to damn well find him. Use all the goddamn resources you need. I will find a way to get funding and support from legal, but you are the agents. You’ve got your eyes on the ground. It’s up to you to bring him in.”

That little speech had flashed me back over a decade, when I’d had my eyes on the ground. When I’d been the only one at the right time and place to capture a criminal, even if it had been my own father. Yes, I understood. Yes, I was on board, ready to catch him. Of course, as a junior agent, that would mostly involve getting coffee and making copies, but hey, that would be my contribution to bringing him down.


Choose an interview question of your choice & compare your answer to Skye's, ask Skye your own question, or just leave a comment. :-) 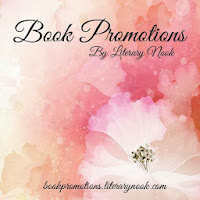