Interview with CM Michaels, author of Dangerous Waters ~ giveaway too 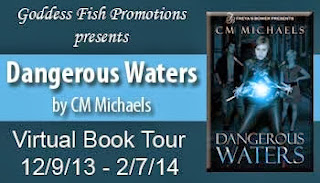 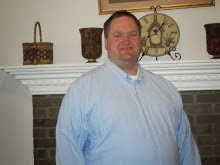 C.M Michaels grew up in a small town in northern Michigan as the youngest child of a close-knit family of seven. He met his wife, Teresa, while attending Saginaw Valley State University. Together they’ve provided a loving home for several four-legged “kids”, including Sophie, their eternally young at heart, hopelessly spoiled Spaniel.

He has always enjoyed writing, and still has fond memories of reading his first book, a children’s novella, to local grade schools when he was 14. Dangerous Waters, the first book in the Sisters in Blood series, is being published by Freya’s Bower on September 5th, 2013. C.M. is currently working on the second book in the Sisters in Blood series along with a Fantasy romance.

Who would you most like to be stranded on a desert island with? Least? Why?

Most would hands down be my wife, as we would turn it into the sandy beach vacation we are long overdue for (our last trip to Florida was back in 1995). Least would be Rush Limbaugh. After five minutes of listening to his idiotic nonsense I’d be swimming for the nearest continent.

First book you remember making an indelible impression on you.

Jim kjelgaard’s Big Red. He was a gifted children’s author, and his entire series of books featuring dogs are still among my favorites.

If you could only eat one food the rest of your life, what would it be?

Pizza for sure. Sometimes I feel like we are already living that hypothetical scenario as we order it twice or three times a week. I couldn’t imagine eating any other food that often. Mmmmm! One of my favorites too!

If you were a shifter, what animal would you like to be?

I’d go for something more exotic like a Were-Bear. Could you image being able to turn into a grizzly bear at will? Sign me up! ;-) I like the way you think!

My favorite season has always been the fall. Our family gets together to hunt each November, football season returns and it kicks off the entire Holiday season. Halloween through New Years is the best.

Best movie ever made?

Dances with Wolves. There is so much I love about the film, from the amazing settings to the Oscar worthy acting. In my mind it was Kevin Costner’s greatest role. Very few movies make me feel so many different emotions even after watching them multiple times. In the book I draw a parallel between the movie (which is also Emily’s favorite) and what Emily experiences in her own life that I think explains a lot about her character. 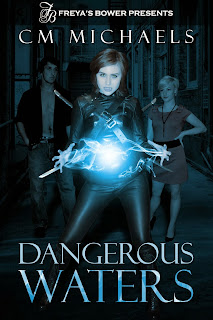 For Emily Waters, a nature-loving, small-town girl with an overprotective father, heading off to Boston University to study conservation biology is a dream come true—until a chance encounter catapults her into a mythical world she’d do anything to escape.

The latest victim in a rash of abductions near campus, Emily is brutally attacked before being rescued by a powerful new friend. She survives the ordeal, only to find herself held captive and presented with an impossible choice. While preparing for the unimaginable life she must now embrace clues soon emerge that Emily may not be entirely human, and her physical transformation awakens goddess-like powers that her new family cannot begin to explain. Dealing with her human first love, the not-so-platonic relationship with her coven “sister,” and her new vampire sort-of-boyfriend further complicates matters, not to mention being secretly hunted by the psychopaths who attacked her. And as the only known offspring of a once all-powerful race, the climactic battle is only the beginning of her journey.

I quit watching him and let myself enjoy the feeling that dancing always gave me. A couple of songs had passed before we were close together again. I couldn’t believe he was the same guy. Daniel blended in perfectly with everyone else on the floor and looked like he’d been club dancing for years. When the song ended we made our way over to an empty table.

“I can’t believe how much fun that was!” he shouted.

“I’ve never seen someone pick it up so fast. You’re a natural!”

“Yeah, right—more like you’re a hell of a teacher.”

“Thanks, Daniel.” The affectionate, almost star struck look in his eyes reminded me of what Ruby had said. If I didn’t want to hurt him, I couldn’t afford to wait any longer. But like the true blue coward I was, rather than taking the plunge, I chose to study a particularly interesting piece of lint on the floor.

“I need to ask you something that is going to sound really bizarre.”

“Okay…” Fear of where this might be headed had him gathering his legs underneath him like a coiled up house cat preparing to leap out of danger.

After a long pause I met his gaze. “You can sleep with me tonight if you want to.”

“Please let me finish,” I interrupted. “I’m a virgin, which I can’t exactly fake, so I’ve obviously never done anything like this before. If you say yes, I’ll expect you to make love to me, and all I can offer you is tonight—it’s your choice.”

“Why only tonight?” The disappointment and sadness in his words was palpable.

“I wish I could explain, but I’m afraid it’s extremely complicated. Part of saying yes is agreeing not to ask questions I can’t answer.”

We sat in silence for a few uncomfortable seconds before he reached out and took my hand, gripping it like he could make my question disappear if he only squeezed hard enough. “I’m a virgin too. I get my ass ridden constantly for it but I’m not ashamed—I sure as hell didn’t come here expecting to go home with someone tonight. I get the feeling that you did, and I just happened to be the guy you picked."

Daniel pressed his forehead against the palm of his free hand and closed his eyes. "Damn it! I really like you, Brooke, but I gotta know why you’re so desperate to lose your virginity tonight, and why you can’t have a relationship with the person you give it to. If you can’t or won’t answer those questions, then I’ll have to say no.”

The stinging pain of rejection filled my chest as I pulled my hand away. How could it hurt this bad to be turned down by someone I just met? Did I really like him that much already? Trying to salvage what little pride I had left, I stood up and turned to leave, tears streaming down my cheeks.


By clicking the tour banner at the beginning of this post, you can find the tour schedule.

I think this book sounds good. If it wasn't for the possibility of F/F action which the blurb hints at, I'd probably try it. You all know that I just do not like that kind of thing so I haven't read it. :-(