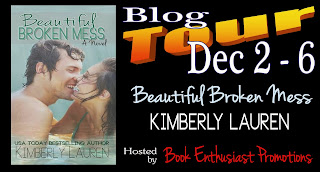 Jace Riley’s close connection with his identical twin brother, Jaxon, is put to the test when he tries to choose between keeping his promises and following his heart. Is this girl that still haunts his dreams, even after four years, really worth it? Jace can’t help but wonder if he made a huge mistake all that time ago when he let her walk into someone else’s arms, especially since that someone was his twin.

Audrey Mills often wonders at what point she should throw her hands up in defeat and allow all of the horrible circumstances of her life to overtake her. Despite the demons she has faced, however, something inside her won’t give in. When she leaves her small town in Texas to attend college in California, Audrey runs into the one guy who could make her or break her. But is the past they share too painful for them to overcome?

New Adult/Adult Contemporary Romance - recommended for ages 18 and up. 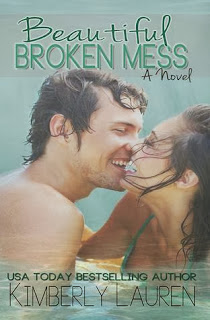 What happens when you create rules to keep others out?

One thing Emerson Moore has come to terms with is that she is the school slut. She knows her way around a frat house and how to get what she wants. She doesn’t make any excuses for her actions and she doesn’t pretend to be anything different. She is who she is and with that she knows how to have a good time. She’s made rules to keep relationships at bay and avoid the demons of her past.

When her best friend, Cole has his two friends from back home move in with him she begins to think she has met her match with Jaxon Riley. Jax is the perfect mixture of tattooed muscle and a sweet-talking mouth. With “hand” written notes, a voice that exudes sex and knowing just how to get under her skin, Jaxon learns how to break all the rules. But will he just end up breaking her heart anyway?

New Adult/Adult Contemporary Romance - recommended for ages 18 and up 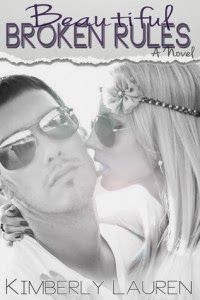 I'm a wanderer, an adventurer, a traveler.

I want to see it all. I haven't been everywhere but it's on my list.

"She travels the world & home is always in her heart."

Lately if I'm not traveling or chasing a toddler, I'm writing. Which is weird because I hated writing in college. Oh wait, that's because that was boring. Who really wants to sit there and cite all your sources into APA format? Not this girl. Writing for yourself is enjoyable and cathartic. Please try it. Then tell me about because I love indie authors.

When I was 19, I packed up and followed my high school sweetheart from Texas to California. We had a blast living it up in San Diego. Four years later we made a crazy decision and packed up again and moved to Germany. What? Yep, you read that right. Guess what? Best decision ever! We OWNED Europe. For three years we saw as much as we possibly could. We lived an hour outside of France, a couple from Switzerland and Italy. Most amazing time of my life. Please go out there and see the world, you won't regret it. After Europe we moved back to California, and for now we're just debating our next adventure.

I earned a degree in Child Development. And now I write novels. Makes perfect sense! I write because I walk around all day with these stories in my head. It's nice to be able to get them out of my head in an organized fashion. I hope that someone out there enjoys them, because I have enjoyed so many others'.

This tour is for Beautiful Broken Mess but I read both books. :-)

I liked BBM really well but I had a few moments of frustrations with Jace, the leading man. He was a typical man and let pride and stubbornness come between him and his dream girl. Silly, silly man!

I liked Audrey and I felt for her but she should have been honest from the start. I can somewhat understand why she wasn't though.

The beginning of this book went back before the events in Beautiful Broken Rules (book one), and then came back to the present.

This book talks a little about rape but not in detail. It was not one of the main characters that did the dead so no need to shy away from reading it. It was necessary to bring up however so that we could understand Audrey's actions better.

Mostly you'll find two characters trying to overlook their wants and understand their feelings. They struggle to overcome the past and find a way to make a future together. When things get tough, will Jace be strong enough to stay the course?

There were some really sweet moments, some that made me angry and sad, romance, some steam, and some awesome characters in this book.

I especially liked the ending! Jace was so sweet and Audrey's surprise was predictable but great none the less!

In BBR (book one), We first met most of the characters.

This book had a little bit of a Beautiful Disaster feel to it without the fighting.

I really loved Jaxon and Em's story. She was the school's go to girl for promiscuous activities. ;-) He caught her in a precarious condition after a night with her flavor of the week.

She liked what she saw in Jaxon immediately but she had certain rules that she followed.

They both had moments of extreme stupidity but I say that Jaxon gets the crown for the most idiotic actions.

There was romance, awesome characters, friendship, steam, rules, football, a motorcycle, and school work in this book. Trust me you want to read it!

I recommend them both but read them in order!

I received ecopies of both books in exchange for my honest opinion. I loved book one and liked book two a lot. Too bad Cole didn't get his own book! I thought these books were terrific. :-) 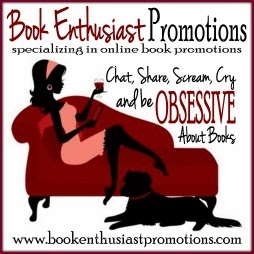 If you are interested in either of these books, leave a comment and enter it in the Comment Incentive Giveaway Rafflecopter. The link can be found at the top of the page!
Posted by Brenda Demko at 12:30 AM