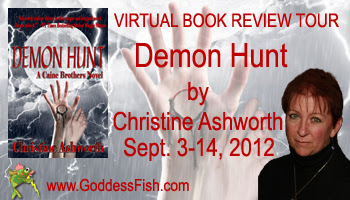 Tribred Gregor Caine decided long ago to deny his blood legacy, so he isn’t thrilled when paired with a full-blooded Fae to hunt the demons threatening to decimate Los Angeles. As they fight side by side, he finds she calls to both his Fae and his demon blood; a call he can’t resist.

Warrior Fae Serra Willows crossed into the Human Plane to help destroy the demons released from the Chaos Plane. Finding and shutting down the portal between worlds is more challenging than she expected...and Gregor and his world more seductive than she had ever imagined.

As the killings escalate, Gregor and Serra realize one of the most deadly demons from the Chaos Plane has marked Serra as his own. To save her, Gregor has to face his greatest fear—losing his humanity to the darkness in his blood. But in a race against time, that darkness could become his greatest strength. And he will kill to claim Serra’s love. 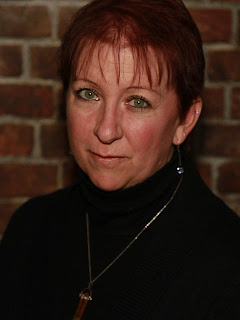 At the tender age of seventeen, Christine fell in love with a man she met while dancing in a ballet company. She married the brilliant actor/dancer/painter/music man, and they now have two tall sons who are as scintillating as their parents, keeping the dinner conversation lively.

Christine's two dogs rule the outside, defending her vegetable garden from the squirrels, while a polydactyl rescue cat holds court inside the house. Everything else is in a state of flux. 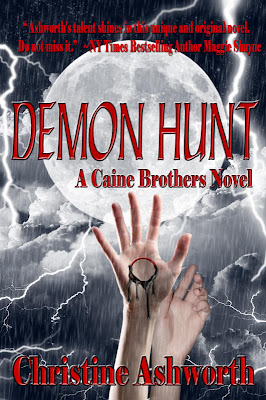 Here's an excerpt to tempt you even more.

It darted for him, giving her a wide berth. No higher than his knees, Gregor instinctively booted the small demon away as he would have a soccer ball. It rolled and bounced and keened to the sky.

“Are you kidding me?” She shot him a glare of disbelief before returning to the attack as more of the small demons came toward them. “They’re C’dak. Tricky. Be careful.”

They were gray and moved faster than his eye could track. Gregor used both feet to kick the creatures away as he slashed out with his dagger. The dog-like things had big eyes that dripped what looked like tears, but when they splashed on his skin, the liquid burned like acid.

He kept an eye on Serra, watched as she wielded a pair of knives that had come out of nowhere and dispatched demon after demon. She tripped once, fell heavily and his heart stopped. But before he could take a step toward her, Serra was up again and plunging a knife in the eye of the demon that had jumped her.

Reassured, he threw one of the mini-demons against the nearest wall. It splatted and fell lifeless.

Serra gave another cry, different this time, and thrust her hand up to the sky. Lightning shot down. Gregor watched in disbelief as gleaming bolts left her hand and incinerated the demon horde around them.

It had characters that were very endearing. It was easy to like them and the way they interact with each other. I hope that Justin and Maggie get a book. :-)

This book had action galore with the characters engrossed in not only fighting the demons but their attraction to each other as well. It had everything needed for a paranormal romance.

I recommend Demon Hunt to everyone looking for a good paranormal story with a double heaping of kick a** characters.

I received a copy of this book in exchange for my honest opinion.

I'd love to know what you're thinking. Please leave a comment!
Posted by Brenda Demko at 12:00 AM