Spotlight on the Knight Series by Kitty French ~ excerpts, reviews and a giveaway

Hosted by: Love Between The Sheets Promotions 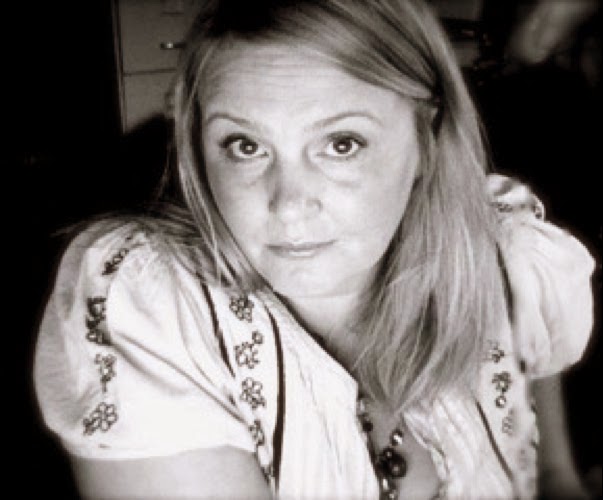 She lives in England with the gorgeous Mr.F and their two young sons, and is never knowingly found without a glass of wine in her hand.

Kitty also writes romantic comedy under the pseudonym Kat French. Her first novel, Undertaking Love, is out now from HarperCollins. 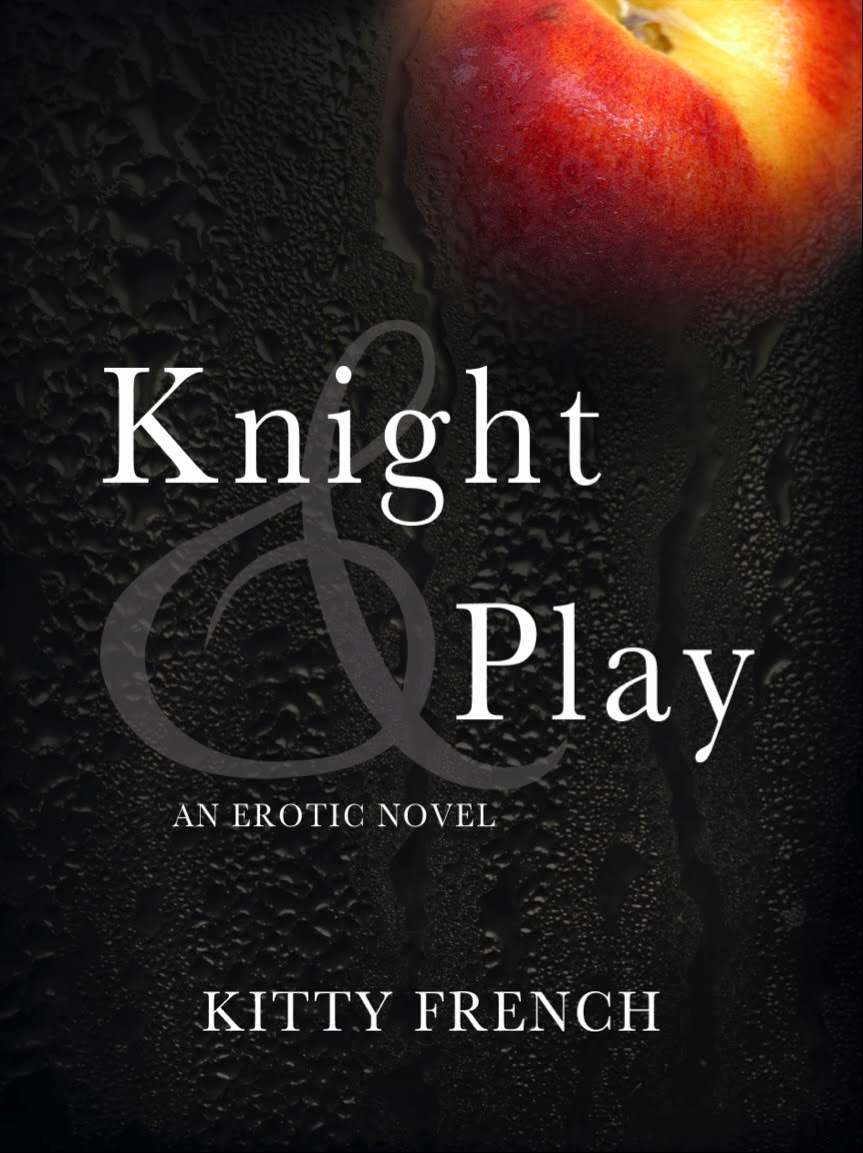 There's only one thing in life Lucien Knight really hates, and that's husbands who cheat on their wives.

There's only one problem in Sophie Black's life. Her cheating husband...

From the moment Lucien & Sophie meet, the seal is set.

CEO of Knight Inc. Lucien Knight is catch-your-breath gorgeous and damaged by his troubled past in Norway. All grown up and relocated to London, he's built his empire of adult clubs from the ground up to become the gorgeous patron saint of the sex industry. No one knows the dark childhood secrets that have given Lucien a backbone of steel and a heart encased in ice. No one until Sophie Black, that is...

From the moment girl-next-door Sophie accepts the job as Lucien Knight's PA, she understands how Alice must have felt when she tumbled down the rabbit hole. Lucien takes her safe, vanilla life away and plunges her head first into a huge dish of fantasy flavours. Rich, spicy chocolate covered with dark, oozingly lickable sauce? Check. Tutti-frutti with indecently red, glistening cherries on the top? Yes please.

Lucien strips away all of Sophie's inhibitions, and when he instructs her to select three new toys, she soon realises he has more than a game of Monopoly on his mind...

He's opened the door to a whole new pleasure packed world without limits, and Sophie is utterly intoxicated. But how far is she willing to go? And what happens when she has to step back into reality again?

Lucien & Sophie's is a story of star crossed love and forbidden passion, a sexual odyssey that spans the globe and changes both of their lives forever. Let it change yours, too.

He wasn’t a man given to romance, but the perfect weight of this woman in his arms and the majesty of the skies above them filled him with an unexpected sense of peace.

Moments later he carried her through the quiet rooms of his home with her head on his shoulder, and by the time he lowered her down onto the bed, she was asleep, tear tracks still just visible on her cooling pink cheeks. When he brushed a blonde strand of hair out of her eyes she sighed and turned her face into his palm, looking for comfort in his touch even as she slept.

Long buried emotions forced their way to the surface as he curled around her and spooned her body into his.

Comfort, sweeter than he’d ever found from a woman’s touch.

Fear, spikier than he’d felt for anyone since the day his mother had died.

Anger, sharper than he’d sensed it since the last time he’d laid eyes on his father.

Bile rose in his throat at the thought of the man whose actions had driven his mother to her death.

How dare Sophie’s husband push her to this?

How could he put her at risk for the sake of a cheap thrill?

As Sophie’s husband and Lucien’s father meshed together in his mind, he tightened his hold around her pliant, sleeping form. The quilt settled soft and warm over their shoulders, and he fought to match his heartbeat to her slow, steady breathing pattern.

There was only one thought in his mind as sleep claimed him.

He would protect this woman. 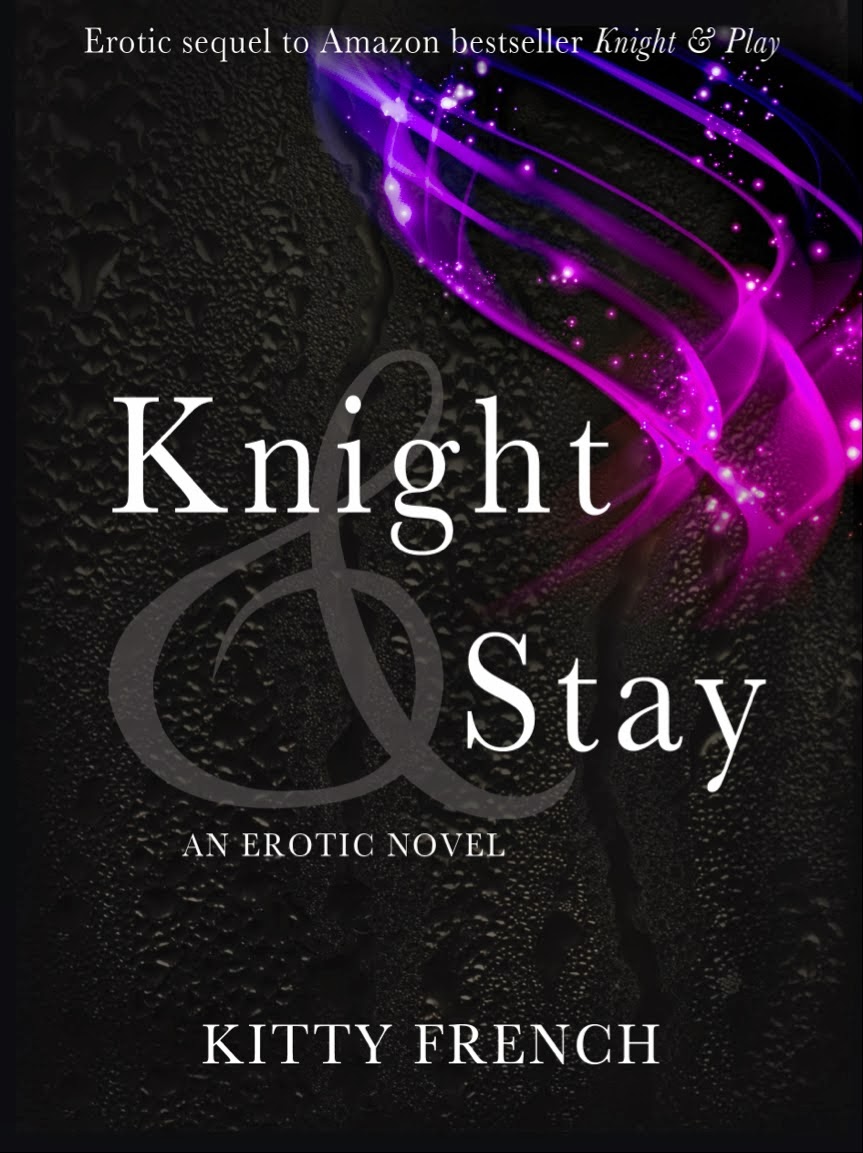 Bold and beautiful, Lucien is a walking, talking Viking sex god-the ultimate rebound guy. His is a seductive world of pleasure without limits or commitment, but can Sophie's already bruised heart survive his strictly no ties rule?

When her husband returns with his tail between his legs, Sophie is faced with the toughest decision of her life. How does she choose between the man she vowed to love forever and the man who she hadn´t planned on loving at all?

Knight & Stay is a star-crossed romantic adventure that spans the globe from Paris to the glittering artic northern lights, a sexual odyssey of love and lust that changes the lives of everyone involved forever.

"You know what, Lucien Knight, you're a coward," she blazed, feeling all the power that he'd imbued in her over the past months rise to the surface now that she needed it most of all. She had his full attention for one last time, and she was going to give it everything she had. "You hide behind your flash cars and designer houses... you deny love exists, and all for what? So you can hang onto your oh-so-glamorous lifestyle and screw anyone you want to? Listen to yourself - you don't want to screw anyone else. You want me. And I'm here, now, saying I want you too, saying I love you, and I don't know where the hell it'll end up, but I'm brave enough to say that right now you're my everything. You've opened my eyes, and my body, and my heart to so much more than I knew existed, and you make me feel beautiful, and protected, and adored, and I don't think you could do all of those things if you didn't love me back." 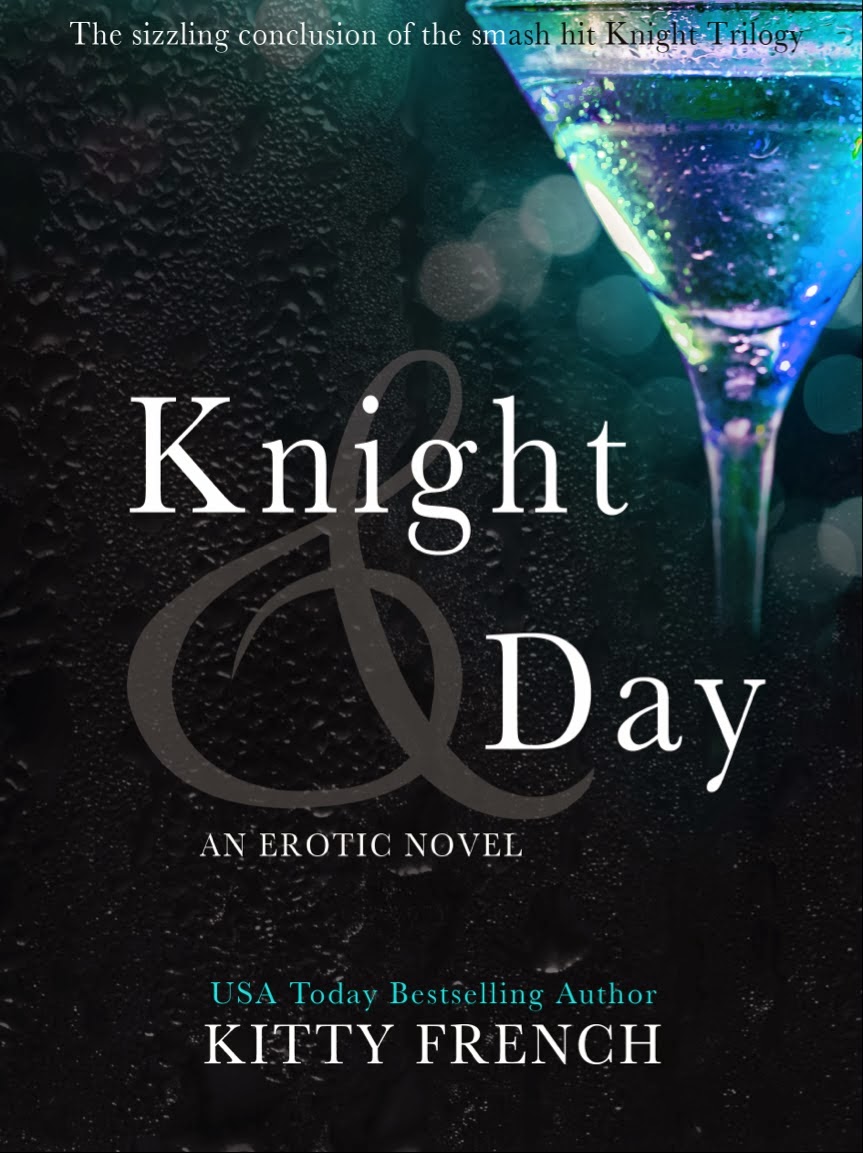 Dylan Day hasn’t told the truth from the moment his plane touched down in Ibiza.

It’s a recipe for disaster.

Lucien and Sophie are back, and have set up camp on the sun-drenched isle of Ibiza for the opening of the latest of Lucien’s strictly adult clubs.

They’re joined for the summer by Sophie’s best friend Kara, and Dylan Day, Lucien’s newly appointed club manager. The laid back, smokin’ hot surf guy from California seems almost too good to be true… but there’s no smoke without fire. It’s going to be a long hot summer of love, lust, lies and wedding bells. But who will get their happy ever after?

“Go home Kara. Go home and be happy, because you deserve to be more than anyone else I know. Go home knowing that I truly fucking loved you. You didn’t get it wrong. I didn’t fool you, and the next man who loves you won’t automatically be lying to you. He’ll be the luckiest guy in the world. Don’t run away from love because of what I did. I lied about many things, but never once about how I felt about you.”

Kara stopped trying to hold her tears in. It was a battle she’d never win, and Dylan was barely hanging on himself. He reached out and brushed the back of his fingers over her damp cheek.

“You are the fucking coolest girl I’ve ever met, and the craziest, and the kindest,” he said softly. “Go home, English. You’re out of my league. You always were.” 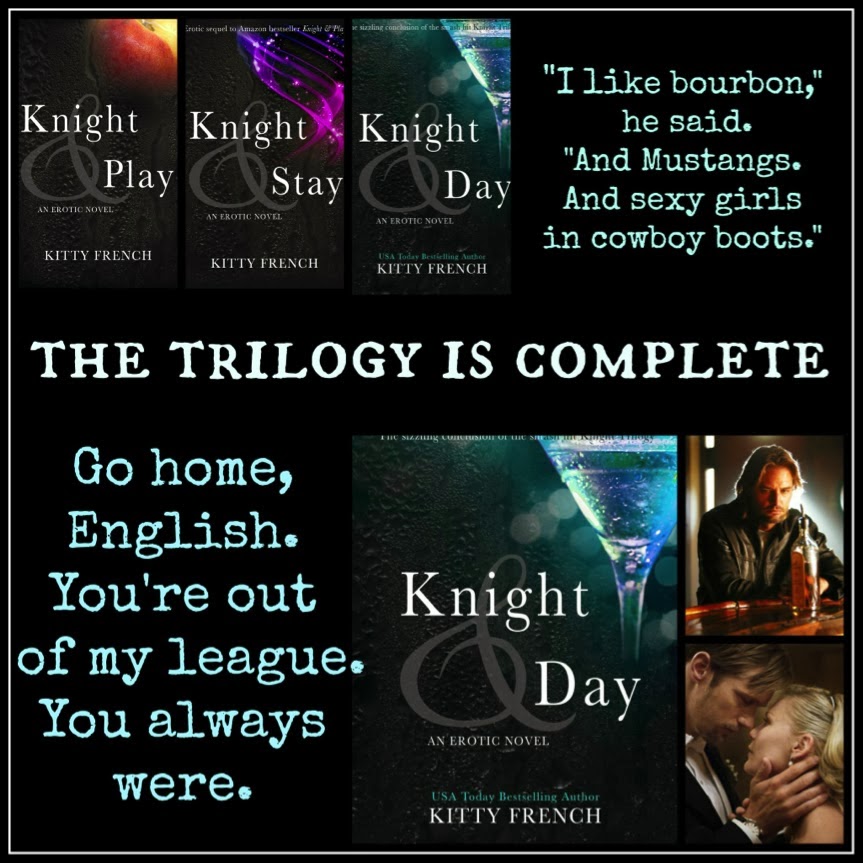 The first book is Knight and Play. Our leading lady is Sophie. She is married to Dan but more and more things have seemed strained. She is unhappy with her job too. She works for a man who has grabby hands and she is fed up.

One day her and her friend Kara decide to write a resume and send it in to Knight Inc. She doesn't think she'll get the job but she needs to do something. They spruce her resume up and she seals it with a kiss for luck.

That kiss intrigues Lucien Knight the owner and guarantees her an interview. From the moment the two meet, the attraction is intense. Lucien has no intention on acting on it at first because he abhors cheaters and Sophie is married.

He always does a back ground check on his employees but this time he checks out her husband as well. What he finds changes his resolve to leave Sophie alone.

Lucien is sex on a stick. He oozes sex appeal. He is tender at times and cold and distant at other times. Sophie is a bit naive but she has a heart of gold.

The second book, Night & Stay, continues where the first book left off.

I don't want to give too much away but at the end of book one, Sophie was emotionally exhausted and unsure if she wanted to see either man again.

She tries to stay away from Lucien but ends up back at her job as his PA.

We get to see a stronger Sophie and a more confused Lucien in this book.

When the two of them are good, they are really, really good. ;-)

The last book, Night & Day, focuses more on Kara and "Dylan" but Sophie and Lucien are involved as well! 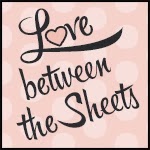 Don't forget to enter the Comment Incentive Giveaway. It is a great chance to win a book you'd like to have (maybe even one of these)! The link can be found at the top of the page.
Posted by Brenda Demko at 12:00 AM

Email ThisBlogThis!Share to TwitterShare to FacebookShare to Pinterest
Labels: giveaway, Love Between the Sheets, review, spotlight