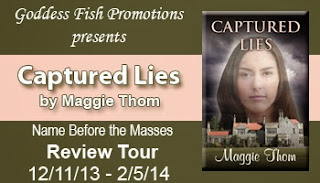 She was kidnapped not once but twice and now someone wants her dead because of it...

Her life was a lie!

Bailey knew her upbringing wasn’t normal but she’s worked hard to stabilize her life. At 29, she finally has a good business, a stable home; her life is miles from that of her childhood. Then suddenly her mother dies, leaving a gaping hole and a discovery that they may not even be related. If Guy, the private investigator is to be believed, her life is a lie. Using the skills she learned on the streets, Bailey travels back through a sketchy and dangerous past, to find answers. Dodging bullets, staying ahead of those who want her dead and convincing Guy she can do it alone, are making it difficult to discover not only the secrets of her mother’s past but that of a family claiming she is theirs.

Everyone seems to have a story... but who’s telling the truth? And who wants her dead? Is Guy part of the solution? Or part of the problem? To discover the facts, she’ll have to untangle a web of deceit, lies, and secrets, dating back over thirty years. 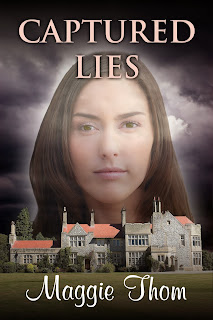 “What have you got for me, Graham?” Guy shoved his hand through his hair, as he watched the sun wink at him over the top of the high rises. A cool wind whipped around him as he made his way around Churchill Square, careful that no one was in hearing distance of him.

“Not as much as I’d like.” There was the sound of clicking keys on a keyboard. “Donna Zajic married to Doug Zajic, disappeared June 30th, 1983. Never heard from or seen again. There was speculation that her husband killed her and did away with the body but it was never proven. There were some allegations of abuse but all charges were dropped. Another thought is that she had help to disappear. I talked with the police chief in charge back then but he said that he’s sure she had someone who hid her and then set her up with a new life. Of course he could never prove it but he’d had a gut feeling. Said that Doug Zajic was a politician through and through. He was as plastic and authentic as a Ken doll.”

“Yeah. Dedicated and a straight shooter. Liked him. Retired now. Enjoying the simple life. At least so he said but he sure was willing to do some leg work for me if I needed it. He was mad as hell that it had never been solved. He was sure Zajic was dirty but could never make anything stick. He’s says it’s not too late to take him down. I didn’t have the heart to tell him Doug Zajic died several years ago in a hit and run.”

“So we’ve got birth dates that match. First names that match. There’s a good chance our Donna Saunders was Donna Zajic. And it looks like Mr. Lund, an esteemed lawyer with some very dark secrets, might have been behind her disappearing or at least keeping her hidden.”

“Yeah. I went through some of his files.” He whistled, long and low. “Looks like he was blackmailing a good number of people. He was blackmailing Doug Zajic and maybe Donna as well. I haven’t gotten through them all. I’ll let you know what I find.”

Guy shook his head as he listened.

“The guy is as dishonest as if he was the devil’s disciple. Oh crap! Guy that Mr. Lund is in the hospital.”

“Did someone he screwed over find him and put him there?”

“No, it sounds like natural causes – heart attack. I was just googling his name to see what I could find and here is an article written… just a sec… Sunday, April 26th.”

“That’s the same day that Bailey was there. Shit.”

“Are you saying she might have had something to do with it?”

“You do the math. He goes into cardiac arrest some time after she’s been there and she just happens to have some confidential information that I’m sure he wouldn’t have shared with the devil.” He placed his left hand over his stomach as acid poured into his gut. He sat down on the cement bleachers and hung his head. “Now what?” 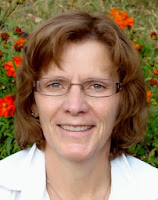 Maggie Thom made the hard decision to freefall, leaving her successful, twenty year career in management, to follow her dream and passion to write full time. The leap has been adventurous and very enlightening. A long-time reader and writer, she was thrilled with the release of her first novel, Captured Lies in the fall of 2012 and her second novel, Tainted Waters released April 30th, 2013. She is busy writing her third novel, Deceitful Truths to be published late 2013 or early 2014. Having married her best friend, she is learning that humor, love and patience, help her navigate her way through her twins’ teen years.


Maggie will be awarding a $15 Amazon or Barnes & Noble GC to a randomly drawn commenter during the tour.   The more you comment during the tour, the better your chances of winning are! You can find the tour schedule here.

This book was full of suspense, secrets, deceit, danger and double crossings. It was a page turner from the beginning till the end.

It was a welcome break from my usual steamy reads.   If you like who done its, you should give this one a try. It will keep you on your toes.

I received an ecopy of this book in exchange for my honest opinion. I was honestly entertained by this book. It really made me think about how wrong people sometimes are and how thankful I am to be on the poor side.

Don't forget to enter my comment incentive giveaway if you leave a comment! :-) You can find the link at the top of the page!