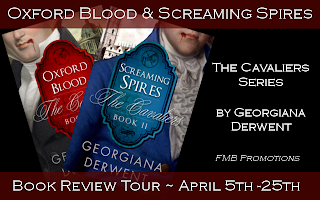 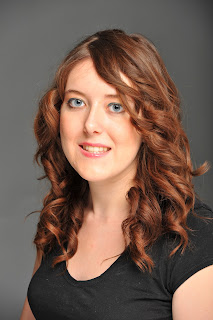 Georgiana Derwent read History at Oxford University. Aside from the vampires, The Cavaliers Series is an exaggerated but fairly accurate portrayal of her time there. She now works in London and lives with her fiancé. He’s been very supportive throughout the writing of her books, mainly because he likes to claim that all the most attractive characters are based on him.

Georgiana fell in love with vampire novels after reading The Vampire Diaries back in 2000. At the time it was a struggle to find any similar paranormal romances, a situation that it’s fair to say seems to have been rectified in the last few years. She now loves paranormal series, fantasy novels, and modern literary works in roughly equal measure. 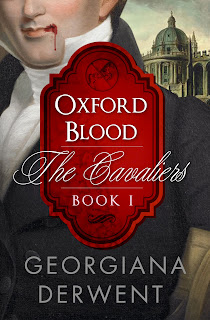 When Harriet French arrives at Oxford University from her working class northern state school, she’s prepared for a culture shock, but not to become embroiled in the Cavaliers’ scheming and bloodlust. Harriet thought she'd be busy enough juggling her demanding tutor, new friends, and the murky world of student politics. But now, she must find the rebel vampire who is killing off the members, stop the Cavaliers from orchestrating a massacre of the year’s most beautiful and successful students, and defy the Society to be with the man of her dreams.

Oxford Blood is a British, adult, paranormal romance. It's a tale with vampires that aren't afraid to kill and a heroine who's not afraid of sex or her own ambition. 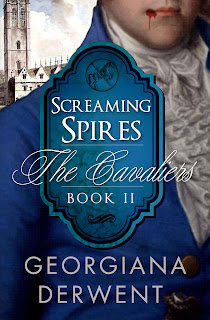 In her first year at Oxford University, Harriet French became inextricably tied to the Cavaliers. Now Harriet’s back at Oxford for her second year. Armed with a vampire boyfriend, some great friends and the truth, she’s expecting an easier time. She’s wrong. Her best friend is now a vampire and the Cavalier who turned her to save her life is facing death for the one good deed he’s ever done. Just when it seems that things can’t get any worse, the Cavaliers’ ancient enemies decide to strike at the heart of the society and they’ve got Harriet in their sights.

Screaming Spires continues the story of an ancient vampire conspiracy and the ordinary girl caught in its web begun in Oxford Blood.

I read book one Oxford Blood. I Have to read book two now. It is like a compulsion. I couldn't skip it even if I wanted to (which I don't)!

I was skeptical because of the way they dress on the covers. I thought hmmm, is it more of a historical? I am glad to say that it passed with flying colors. While it mentions historical happenings, it is written in a way that seems fun and not so imposing.

I guarantee this is different from the other vamp books you've read! It may have similarities here and there but it stands on it's own merit!

There are some gross almost scary parts, romance, interesting characters, an intriguing plot with twists, turns, secrets, and hidden agendas, some action, and umm yeah some of the other kind of action too. ;-)

I know fans of vampire books will definitely want to read this one. I have a feeling Oxford Blood would probably appeal to people who don't read paranormal books as well. It was truly that captivating! I highly recommend it.

I do have to mention that there are some typos and mixed up sentences. Nothing that could prevent me from continuing to read the book. I was also annoyed by the fact that they seemed to drink more than study or anything else. It seemed a bit excessive to me.

I received a copy of this book from FMB in exchange for my honest opinion. I really, really liked this book. I 'll be reading Screaming Spires soon! I don't think I can wait too long! 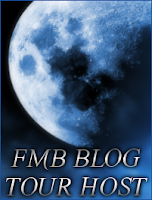