Krystal Le Beau hides a secret few know about: she is a psychic matchmaker. Little does Lucas know she’s worked her magic and set him up to meet his destiny.


Lucas Le Beau’s dream has come true. He owns a ranch of his own and he’s moving in. He thought he had everything he wanted...until the most beautiful woman he’s ever seen knocks him flat on his back. Now he can't think of anything but making that sweet redhead his own. Lucas is one determined wolf! He's not giving up on Kensie no matter how stubborn she is.


Kensie Brown is visiting her sister Jojo, and so far, she's managed to flatten the owner of the dude ranch, make Jojo mad, and somehow fall for a damn cowboy, knowing she's leaving in a few days. What was she thinking?


Will Kensie trust Lucas to save her when her life is threatened, and she has no one else to turn to?


Will Lucas get to Kensie in time to stop the man who wants to expose her to the world and destroy her?


Mix one stubborn Yankee workaholic, a determined cowboy wolf shifter, and meddling family, stir well and you have the recipe for a wild Texas ride. 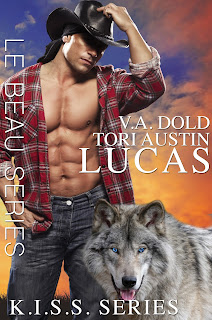 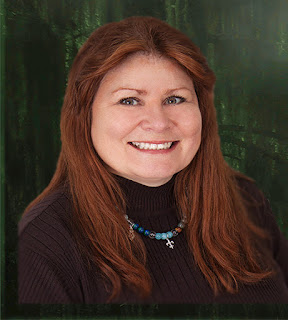 
Prior to becoming a full-time writer, she was publicist to the authors.


Her idea of absolute heaven is a day in the French Quarter with her computer, her coffee mug, and the Brothers, of course.


A Midwest native, with her heart lost to Louisiana & Texas. She has a penchant for titillating tales featuring sexy men and strong women. When she's not writing, she's probably taking in a movie, reading, or traveling. Oh, and there is the distinct possibility she is out cowboy hunting.

This is a Le Beau series book as well as the beginning to a new series. This book features Lucas LeBeau as our hero. It also highlights Krystal LeBeau a cousin who helps him to find and meet his mate, Kensie.

I enjoyed the new scenery as opposed to New Orleans but I somewhat missed the Big Easy. ;-)

Each of these books could be read as a stand alone but I have thoroughly enjoyed each book so I would suggest starting with Cade, the first book, and moving on to Simon, Stefan, and then Thomas before devouring Lucas. You'll enjoy them if you like shifters, vampires, magic, suspense, danger and action.

The females are feisty, fun, smart and just really likable. The men are handsome, loyal, loving, sweet, possessive, and have impeccable manners.

I love these characters and I enjoyed the cowboys and ranch setting in this new spin off series.

I will be waiting for the next book of each series. If you like paranormal romance and then some, read this and the other LeBeau books!

I received an ecopy of this book in exchange for my honest opinion. It was all that I expected and then some. It was great! 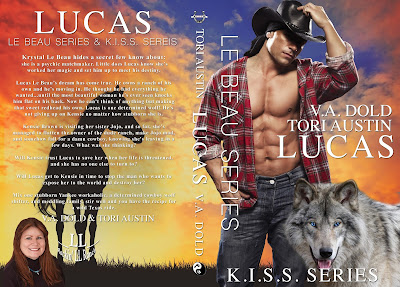