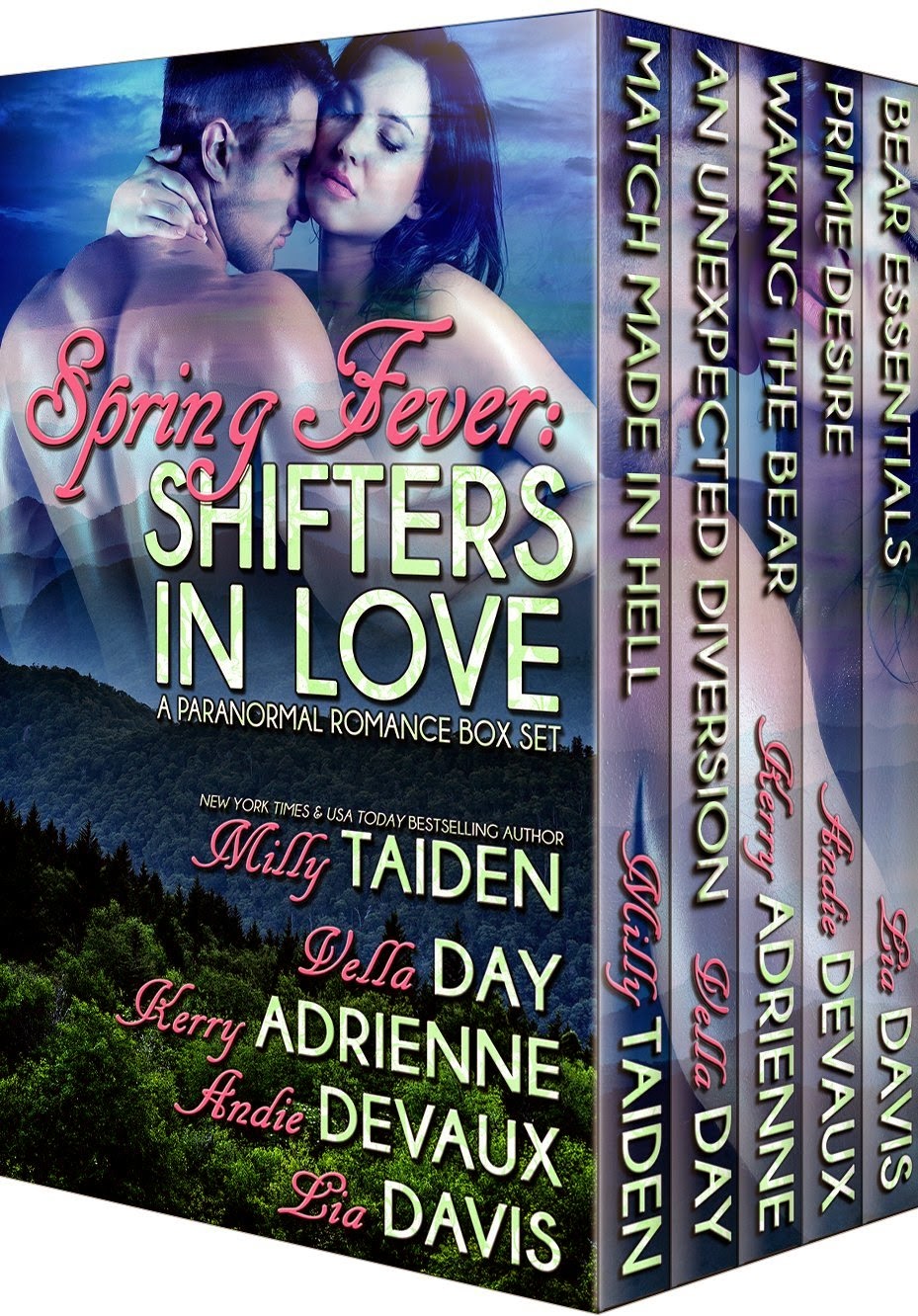 
Nicolas can’t stop thinking about the woman whose life he saved, and Evie has never forgotten the weretiger who rescued her from certain death. When apparent serendipity brings them together again, Nicolas is faced with controlling his inner tiger around the woman he desires above all others. But will Evie be able to overcome her fear of his nature to give them a second chance at love?
Teaser:

“God, you're beautiful. I thought—” Nicolas shook his head. “I thought nothing could be as beautiful as I remembered you to be. I was wrong.”


“You are my mate. Mine. And I will always fight for you.”


Tears glassed Evie’s eyes, and Nicolas reached for her again, unable to resist. She stepped back, hugging herself. “That isn’t exactly a proclamation of everlasting love, is it?”


Something inside his chest tightened. “I’d tell you I love you. I’d tell you I know in my bones that you are my other half. I’d tell you I can’t imagine living my life without you—because it wouldn’t be any life at all.” He paused, letting his words sink in. Hell, he hoped they were. “But you’re human, and you steer your life with your brains, not your instincts. I won’t tell you any of that until you’re ready to hear it.”


When quiet Laura Nieves is tossed together with hot as hell warrior Damien Wrath, eternity heats up really fast. Add in the fact they’re living in hell with a crazy mistress, things go from hot to explosive. Their basic urges will take over, or they’ll kill each other.

Waking the Bear by Kerry Adrienne
Overprotective bear shifter, Griff Martin, reluctantly rents his mountain cabin to an artist, Amy Francis. He quickly realizes the plucky artist is his mate. But danger is brewing in the forest, and Griff has to be ready to safeguard both his female and his den, at the risk of losing both.

Teaser:
"He looked into her eyes, searching. She wasn’t scared. She didn’t know she should be. And he needed to keep it that way, no matter what his psyche was telling him about her. The timing couldn’t have been worse for her to come into his life."

An Unexpected Diversion by Vella Day


Cheyenne Snow has been given an ultimatum by her father—the pack’s Alpha—find a shifter husband soon, or she’ll be forced to marry. Understanding that the odds of her meeting the deadline are slim, Chey decides to go out with a bang and find a human diversion.


When bear-shifter Trey meets the curvy, raven-haired goddess, Nichole, he realizes exactly what he wants and knows she’s worth any amount of trouble. All he has to do is seduce all of her insecurities away and claim her as his bonded mate.

He was huge and intense. It was the only way Nichole could describe Trey. He was also sculpted to please women with his large arms, hands, thighs, and… other things hidden from view. However, his take-charge attitude told her he wasn’t used to being told no. With a body like his, she didn’t think he heard the word too often.

Waking The Bear was exciting and the way it ended I feel like there may be more in future books. I sure hope so! It had a bear shifter who's den was having trouble with some pesky lion shifters. Bear Essentials is about a bear shifter. (Duh!) Prime Desire had a tiger shifter. Grrrr Meeoooow! An Unexpected Diversion focused on a cheetah shifter who's Alpha gives her an ultimatum. Match Made In Hell is written by Milly Taiden. Need I say more? I hope not because I haven't read it yet. I figured that I would save the author that I already know for last. I have not been disappointed by any of the others so I recommend buying this. If you like shifters, you will not want to miss this group of books.

Some of them were a little longer and of course others, were on the shorter side. They all had steam, excitement, and of course a paranormal element. ;-)

I jumped from one book to the next without delay until I ran out of time. I enjoyed every single minute of it. :D

Be sure to grab your copy at an incredible price today.

I received an ecopy in exchange for my honest opinion. It was Grrrreat!