Synopsis: Morgana Drake has some problems in her life.
Problem #1: She has a boss she hates. Truth be told everyone at her company hates him, he’s a jerk.
Problem #2: Morgana fantasizes and has sex dreams about her awful boss because he is just sooo good looking. She may have done a lot more than fantasize, but please don't tell anyone.
Problem #3: She wants to get into her company’s Executive Development Program, but there is one thing standing in her way. You guessed it, her boss.
Problem #4: Morgana needs to get laid by someone other than her boss. She feels if she likes someone else she will stop lusting after Henrik Payne.
Henrik Payne is very serious about his job. He has worked hard for over ten years to become VP of Sales and Marketing and make Mimir the third largest online retailer. He has rules he follows to make sure the company and his life run smoothly.
Rule #1: Know the company from the ground up and the people who make this place great.
Rule #2: Don’t do anything that might negatively affect the company or him.
Rule #3: It’s best not to date women. If he does, they are to be kept at a distance. Emotions cloud judgment and can cause harm to the company if he is with the wrong woman and reveals too much.
Rule #4: Don’t drink. It weakens people's resolve, makes them act ridiculous and can make them do horrible things. Things that can’t be undone.
So, why does he keep breaking all his rules? 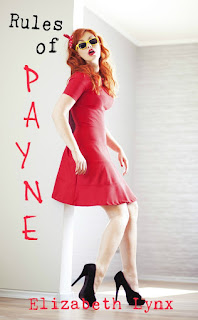 His eyes fall to my legs as I cross them. Mr. Payne's hand runs through his hair and he grumbles something. He refocuses on the computer as he addresses me, "Ms. Drake something has come to my attention that is extremely serious."

Oh God I knew that YouTube sex video of me would be found sooner or later. He is probably chomping at the bit to fire me. Pissed off about all these teasing games I play with him and now he has evidence to lay into me. Why, oh why, did my idiot ex-boyfriend Trevor think it was a good idea to film us having sex? If he had just told me about it I would have pointed out the utter stupidity of his logic.

I liked Trevor Trance. No, that's not true, I loved him. We were fresh out of college when we met and I thought he was the one. I know, very naive on my part but what can I say, I was young. We were together for three years. He was everything to me.

One day I came home from working as Sales Manager at VonCroy Department Store, tired and cranky. When I walked in the bedroom he had sprinkled the bed with rose petals, and candles were lit everywhere. I thought that he was finally going to propose to me. When he walked over with a new red lace nightie for me to put on I got so excited. I remember racing into the bathroom to put on the negligee and practicing my "Yes, I'll marry you!" face.

After the terrible sex (no amount of romance can make up for being an awful lover) where he just kept looking over at the dresser making faces and not paying any attention to me, I laid on the bed waiting for the ring. After a while I went into the kitchen to get some water and he yelled out to get him some too. I thought maybe he is stalling to get the ring out. When I came back to the bedroom he was sound asleep. Then a week later Aria (who watches YouTube porn all the time - don't ask) pointed out a video that looked a lot like Trevor and me. I freaked and confronted him. Needless to say he was quite proud of the shoddy production and I finally kicked him out of my life. I started to go by my middle name because Mr. Douchebag used our first names on the video title.

It has been five years, and I thought that video would die away. Now I sit here in Mr. Payne's office trying to pull my dress over my knees, hoping I don't get fired.

"Look Mr. Payne, it was a long time ago. I didn't even realize I was being filmed."

His clicking with the mouse stops as he turns to look at me; his face scrunches up in confusion.

"What are you talking about? The serious matter is about our London office. What we have been working late for all week."

I nod furiously as if that is what I am referring to. 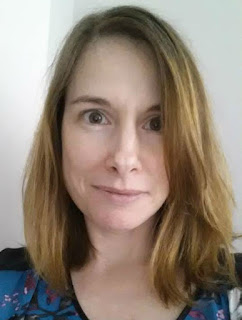 Elizabeth Lynx is not a robot, that’s for sure. At least she says she’s not. She is also not a space alien. How do I know this, because she was born in Baltimore Maryland in the 1970’s when no one wanted to be in Baltimore Maryland so why would her parents say that if it weren't true. Of course she has had her suspicions growing up and is still in a continual search for evidence that backs up her space age theories.
To bide her time she writes about ‘normal’ people and their sexy romantic lives. Her husband chooses to put up with her theories and paranoid musings. Her two little boys help her see that perhaps she isn't an alien but more of a climbing rock. This theory is new, so she needs more time to develop it further.
Website • Twitter • Facebook • Goodreads 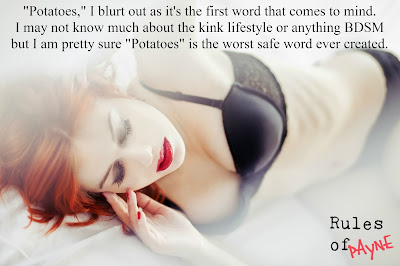 First, these characters were introduced in another book, The Payne In The Blog. It is not necessary to read it before reading this but I wish I would have. :-(

This is a laugh out loud, oh my gosh, really, romantic comedy that I just could not put down! I LOVED it! I now have to read the previous book and I am definitely waiting for the next book.

It ends on a cliffy, but the fast paced, sexy, funny, goodness that is Rules Of Payne is well worth the wait for answers.

I really liked this and recommend it whole heartedly! ;-) 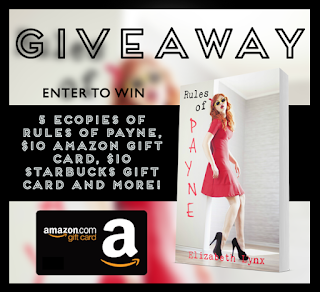 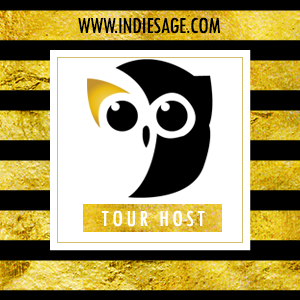