Many might envy Alixandra Quinn. She rubs shoulders with the rich and famous at glitzy society balls and fund-raisers as a photographer for a popular magazine. But, do the envious notice Ali always goes home alone? She has cut herself off from personal relationships and emotional entanglements. It’s a strategy to cope with her past, and for ten years, her strategy has worked.
That is, until she meets Bryce Steede, a young and bold Silicon Valley entrepreneur. When Ali becomes the center of his attention, suddenly her world gets turned upside-down. She may have convinced herself that life is fine the way it is, but he is determined to break down her carefully constructed walls, free her mind and body, and show her pleasures that she couldn't have imagined.
As Ali navigates through this uncharted journey of self-discovery, she must find the balance between her head and her heart. Is Bryce just another heartache waiting to happen? Will a secret from her past come back to haunt her? Or will Ali make peace with her past and find true happiness . . . 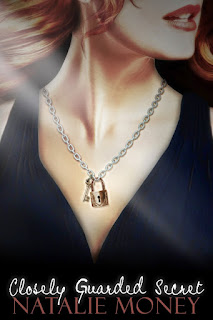 
I think about Bryce, and how in such a short amount of time, I’ve found myself counting the minutes until I see him again. It’s more surprising how much I want to be with him. At once a dark image enters my mind, turning my happy thoughts into bitter ones. I thought I had made peace with my past long ago, but there’s no question the events of that time are now haunting me.
Steven and I get home at the same time. “Hey, Sampson and I are going to dinner. Want to come with us?”
“I’m not hungry.” I say.
“You know, ever since Bryce has been gone, you’ve been in a funk. So don’t tell me you don’t like him, because your attitude says something different.”
“I guess I do miss him . . .” Right now all I want is to be in the warmth and comfort of Bryce’s strong embrace.
“You guess? Look at you, you’re a mess.” After today’s events, a dam which I didn’t know was building, bursts. Steven rushes over and envelops me in his arms. “Shit, Ali, what’s wrong? What’s happened?” He’s in a panic now.
“I do like him, more than I want to admit out loud, and I’m afraid when he finds out, that’ll be it.” Steven walks me into the house right as Sampson drives up. Steven sits on the sofa, pulling me down beside him.
“What’s all this nonsense about?” Steven asks.
I force my tears to stop. “It’s not nonsense. I’ve closed myself off from ever having these emotions, but now they’re here. Should I feel this way about him after such a short time? Is that normal? One minute I’m okay, the next I question everything. I don’t know what to do.”
“Ali, yes, it’s normal to feel that way about someone in a short amount of time. Yes, it’s normal to question your decisions, especially after what you experienced, so don’t beat yourself up too much. I thought things were going well with you two? What brought this on?”
I tell him about my doctor’s appointment. “I’m scheduled for a week from Monday. Mom’s coming, and she’ll be staying with us.”
“I’ll take a few days off.”
“You don’t need to. It’s not like I won’t be up and around. Besides, I can’t handle my mother and you fussing over me at the same time. It’ll drive me crazy.”
“We’ll take turns then.” He smiles, but then his smile fades. “Where does Bryce fit into all of this? What are you going to tell him?”
“I’m not. I’ll tell him I’m going to visit my mom. It won’t be a total lie.”
“Oh, so a lie of omission is okay,” he says dryly.
“I’ll be visiting with my mom. It won’t be in Seattle. I can’t tell him I’m having this done. How do you break the news to someone that you’re damaged goods and that the damage has reared its ugly head?”
“Stop saying that about yourself. It makes me mad.”
“It’s true, Steven.”
“No, it’s not. Stop it. I’m tired of you berating yourself over something that someone else did to you. It wasn’t your fault, Ali.”
“So much has happened during these past few weeks that has brought it all back to the surface.” Because of his own crisis with Sampson, I never told Steven my flight connected in Texas. There’s no need to bring it up now.
“Where’s all of this coming from? Look, things happen. Stop trying to balance out the reason it happened. That moment is done, it’s over with. You’ve overcome a difficult, traumatic event in your life. I’m proud of you moving on from a place I was beginning to think you’d never leave. You’ve been happy and lively since Bryce came into your life. He’s the best thing that’s happened to you. Stop being so negative about him and about yourself. You’ll poison this before it has a chance to bloom.”
“When did you become so philosophical? Also, when did you get in his corner?”
“I’ve been in his corner since I’ve seen the changes in you. Since I’ve seen how he is with you, and you with him. The tides have shifted for you. A man doesn’t like to be kept in the dark. If you continue down this path of self-destruction, he probably will walk away, and it won’t have anything to do with your past. It’ll have everything to do with your attitude towards him and yourself.”
I see Sampson nodding his head in agreement and I know they’re right. Why can’t life come with a ‘how to’ manual? They try to get me to go to dinner with them, but I need some quiet time. I pour myself a glass of wine and go upstairs for a good long soak in the tub.

Natalie Money is a former corporate travel agent, a wife, and a cat wrangler. As far back as she can recall, she has always loved to people watch and make up stories about their lives. After many years of creating and getting to know the characters and their stories in her mind, she has finally decided to bring them to life on paper in her first novel, Closely Guarded Secret.

With her husbands job, they're known to relocate often, so when people ask where she lives, she describes herself as a World Citizen.

This one had me on the edge of my seat trying to figure out what was going on behind the scenes. I was enthralled, intrigued, swooning, and simply hooked.

Alixandra was a somewhat complex character with her issues always clouding her judgement. I felt for her but I had a somewhat hard time getting a read on her. Maybe in the next book I'll understand her past more?

Bryce seemed to be great but then I second guess and wonder if he is as great as he seems. Do I sound paranoid to you???

This book was suspenseful, romantic, mysterious, somewhat dramatic, and completely addictive. I will be watching for another book. I hope it doesn't take to long!

I received an ecopy in exchange for my honest opinion. I am eager for more because I enjoyed it so very much.